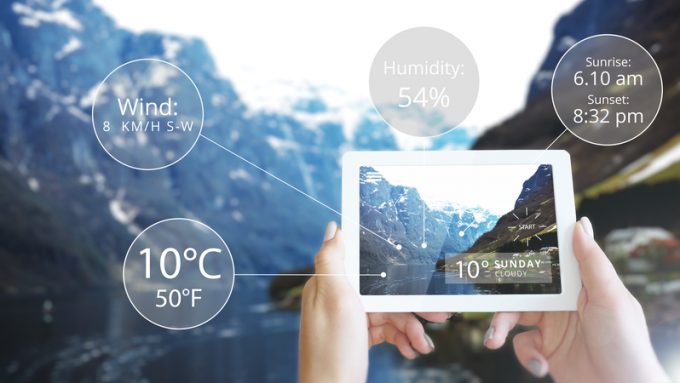 Internet of Things (IoT) technology is beckoning the perishables market, promising reduced wastage through better monitoring of cargo in transit.

However, the cost of the technology remains a serious obstacle to its adoption.

Improvements in technology have heightened interest among shippers, consignees and forwarders in the perishables sector, particularly in improved visibility of perishables shipments in transit.

“Our focus is on moving to a significantly more proactive management process, to get better data and better availability of data,” said Steve Barber, vice-president of IT customer solutions at supply chain management solutions provider Transplace.

“The ultimate goal is to prevent spoilage. The worst case is a shipment arrives spoiled and nobody knows about it. The aim is to send an alternative shipment as soon as possible.”

“We want to support and aid our customers in the reduction of wastage,” agreed Colin Wells, global head, perishables, at Panalpina. Better visibility helps to identify patterns of issues to be addressed, he added.

To create better transparency, Panalpina has installed static readers in strategic hubs for its perishables traffic, starting with a pilot project that involves the airports in Nairobi and Amsterdam and London Stansted. The data is uploaded at every step.

Transplace, meanwhile, has concentrated on trailer tracking devices. Both approaches have helped create better visibility and faster responsiveness to alarm signals like temperature excursions, but there are still gaps in the journey that elude them.

This is where IoT devices promise a breakthrough. Inserted into a shipment, they can keep track of ambient conditions at all times.

“The benefit of IoT compared with trailer tracking is that it stays with your product. That is probably the biggest benefit,” said Mr Barber.

Trials are under way at some airlines, such as Air Canada and Delta, using bluetooth technology to track shipments in flight, one of the final frontiers for visibility, owing to requirements to switch off devices to avoid interference with aircraft navigation systems.

Shawn Cole, vice-president of Delta Cargo, said he was looking to add sensors to monitor ambient conditions to the tracking capability.

IoT technology to monitor temperature-sensitive shipments is available today. Last November, Orbcomm, a provider of IoT and machine-to-machine solutions, introduced a product that combines built-in and external IoT sensors with cellular connectivity and wireless technologies. This is complemented by a cloud-based analytics platform and information management engine to optimise asset management and utilisation.

Implementation does not face huge obstacles. IoT solutions should be relatively easy to integrate with IT systems, Mr Wells said.

Nevertheless, the perishables sector has been slow to embrace IoT solutions.

One reason for this lies in the current limitations of batteries.

“The typical battery life is still relatively short,” he said. “Some customers work with rechargeables, but that adds bulk.”

A second obstacle is the open and disjointed nature of perishables supply chains.

“Many customers don’t ship in a closed loop. Return of the device is always a challenge,” Mr Barber said. This is all the more serious as the devices are still fairly expensive – too expensive for perishables.

“On perishables we’re not there yet,” said Quint Wilken, global head of airfreight, perishables, at Panalpina. The cost has to come down to make the technology viable for this market, he added.

For Transplace, the priority is to provide the level of service and visibility a customer requires, provided it ultimately adds value to the client, he said.

“We want to see the cost benefit and value to the customer before we recommend it.”

Mr Wells reckons it will not be long before IoT solutions become viable for the perishables sector, and will likely have a big impact. He expects the flower industry to be an early mover when IoT builds momentum.

“They’re probably ahead of the curve,” he said.

Canadian vaccine distribution underway, but with many question marks

Distribution of Covid-19 vaccines kicked off in Canada yesterday, with the first doses of the ...