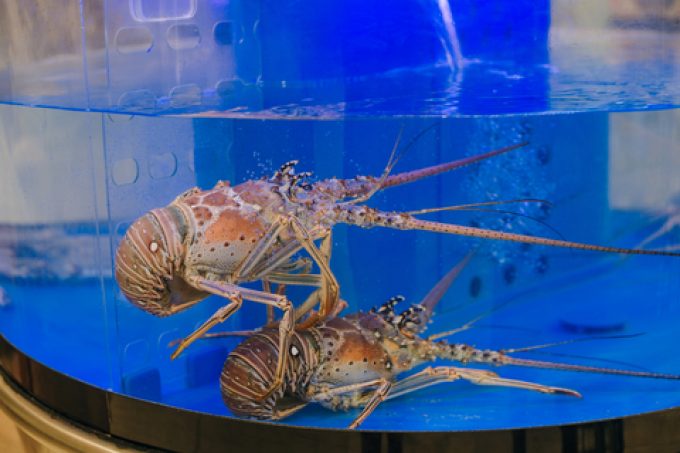 With new intercontinental freighter operations and doubling its cold storage capacity, Halifax Stanfield International Airport is poised to increase its seafood exports to Asia and Europe.

Lister Li, EVP of First Catch Fisheries, the largest seafood exporter in Halifax, said: “Our business has exported more than 4.54m kg of live Canadian lobster annually for the past three years and our new facility technology and set-up will ensure lower mortality rates, so even more lobster can safely get to global markets.”

Cargojet has been a regular player in the Halifax market, chiefly with its transatlantic flights to Cologne. It recently stepped up its game with new flights to London (LHR), Tokyo and Shanghai and is now lifting 100-125 tonnes a week to these new destinations, he said.

“We trialled European-destined seafood shipments through LHR with great success, and we expect to uplift 50-75 tons s week in the coming weeks,” he said, adding that he was also upbeat about the potential of carrying tuna to Tokyo.

The addition of five parking spaces for freighters, which boosts the airport’s cargo apron to eight widebody parking positions comes in handy to accommodate the rise in all-cargo flights. A big windfall for Stanfield was the launch of freighter operations in Halifax by Air Canada in late April. The airline slots six freighters a week through Stanfield, in addition to passenger flights.

Another new entrant is China Eastern, which has performed some trial runs to its home market. Ms Manning said: “They are exploring the market at this point.”

She said China was the largest market for seafood exports from Halifax, particularly lobster, but she has more Asian countries in her sights.

“We are looking to diversify to other markets,” she said.

Seafood accounts for 91% of the airport’s exports, and is dominated by lobster. Last year, 12,757 tonnes of live lobster, worth C$293m, were shipped from Stanfield to Asian and European markets. The airport’s total throughput in 2021 was 34,769 tonnes, valued at C$496m.

In the first five months of this year, throughput declined year on year. Stanfield handled 12,384 tonnes, down from 15,600 in the January-May period of last year. This was largely the result of Covid and the lockdowns in China that affected flows, explained Ms Manning.

May saw a massive swing back to expansion, as the airport handled 3,680 tonnes of cargo, up 39% on May 2021, fuelled by the new services of Air Canada and Cargojet. Ms Manning said that, in the past two months, traffic had recovered in line with volumes in 2019 – a record year for Halifax.

Although dwarfed by seafood, e-commerce has been another engine for growth at Stanfield and Ms Manning would like to broaden the scope further.

“We’re exploring other areas besides seafood and e-commerce,” she said.