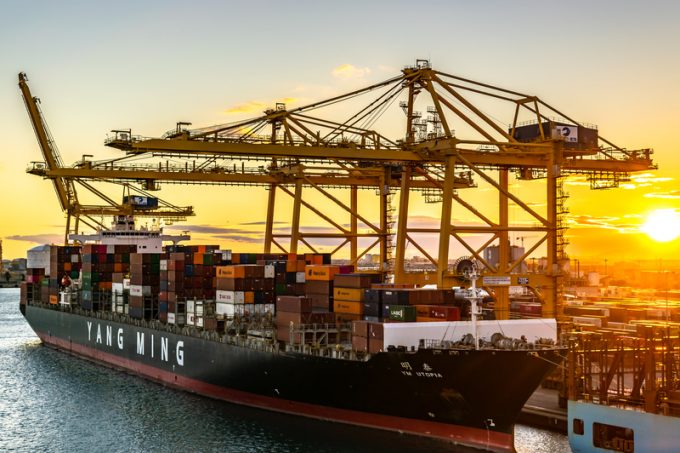 In its final assessment before China’s Golden Week holiday shutdown, the Shanghai Containerized Freight Index (SCFI) stayed red for Europe and flatlined for US ports.

With the peak season over, container lines urgently need to shore up rates or face heavy losses in the final quarter of the year.

But they are also preparing to implement IMO 2020 low-sulphur mechanisms in the coming weeks, with one carrier source lamenting to The Loadstar this week that new surcharges, “could not have come at a worse time”.

Container spot rates for North Europe, recorded by the SCFI, declined another 7.2% in the past seven days, to $593 per teu, and have now lost an alarming 22% this month.

Moreover, Alphaliner reported that “rates of below $500 per teu” for North Europe were being touted by carriers to entice forwarders to jump ship.

A non-existent peak season combined with a chronic over supply of tonnage and an ineffective blanking programme has caused carriers to scramble for cargo to fill empty slots on the troubled tradelane.

Indeed, one UK forwarder The Loadstar spoke to this week said $500 per teu was “becoming the new norm” on the route.

“When carriers knock on our door they don’t get past the reception desk unless they have a decent rate offer,” he said. “At the moment we are not agreeing to anything with a duration of more than 30 days, as we think that rates will continue to head south for a while longer.”

Reflecting the challenging market situation, CMA CGM was one of several carriers to lower their official FAK rates this week, the French container line discounting its 40ft rate by $300 to $1,500 from 15 October.

The Mediterranean component of the SCFI also lost more ground this week, slipping a further 6.9%, to $742 per teu.

Spot rates on the route have fallen 17% since early September, although the erosion of spot rates for the Mediterranean is not nearly as damaging for carriers as on the neighbouring main North Europe trade.

Meanwhile, carriers on the transpacific seem to have had some success this week in halting the spot rate decline. The SCFI recorded rates stable at $1,328 per 40ft for US west coast ports and $2,346 per 40ft for the east coast.

Nevertheless, rates have fallen 18% and 13% respectively for the west and east coasts since the start of the month and are a massive 30% and 19% respectively down on the same week of last year when rates on the route were artificially boosted by shippers front-loading containers to beat the impact of US import tariffs on Chinese goods.

Freightos has been tracking the impact of tariffs on US-based importers as seen through its ship.freightos.com global marketplace platform.

From its data, it said US importers were “increasingly evaluating non-Chinese options in South-east Asia” and that the change had “accelerated” during the course of the year.