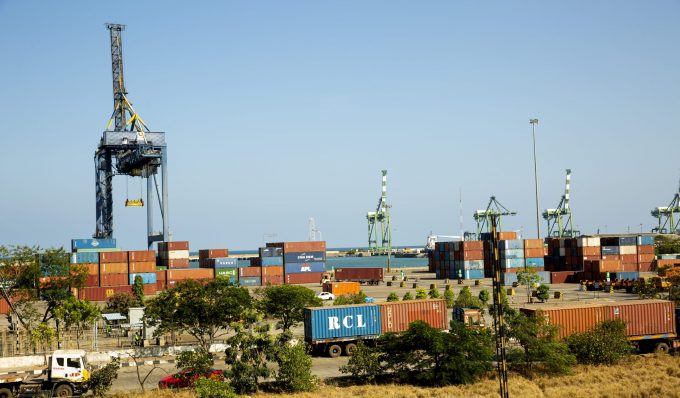 The disruption in the ports of Chennai, Ennore (Kamarajar) and Kattupalli, which handle the majority of containerised trade in and out of the region, ended yesterday evening, after container freight station (CFS) stakeholders agreed to revise haulage rates.

Trailer owners had demanded an 80% increase in the rate scale, but softened their stance during marathon negotiations with CFS leaders and other stakeholders.

Sources said rates for import movements from ports to CFSs would now rise 25%, while hire charges for exports on the reverse leg would go up 10%, on average.

While putting an end to the impasse was noteworthy, as cargo interests had fewer options amid all the supply chain pressure, the disruption saw more than 10,000 teu pile up in the three docks.

“It will take no less than a week to get things back on track,” a Chennai-based customs broker told The Loadstar.

“On top of the delays, importers, who had to hold containers beyond normal free times, are likely to be penalised in the form of storage and detention charges.”

The freight broker also noted the inevitability of export boxes missing sailing connections due to the logjam – “there will be a huge rush of containers into the yards”, the agent said.

Sunil Vaswani, executive director of the Container Shipping Lines Association (CSLA), said:  “Disruptions such as these only impact timely deliveries of Indian exports and undermine the efforts being made by the shipping lines to offer increased capacities, including transhipment services, into the country.”

However, one major carrier, offering regular direct calls in the region, claimed it was “on the ball” with shipments, adding: “We have already worked with customers for the next options to sail. The backlog should be cleared over the weekend.”

As transhipment at Sri Lanka’s Colombo Port presented more challenges, many carriers serving India had rerouted some loads out of the Chennai region to the west coast ports of Nhava Sheva (JNPT) and Mundra.

And as volume levels remain steady and ocean services see intermittent sailing cancellations, vessels continue to be overbooked in every Indian port.

Indian container volumes (major/minor ports combined) last month stood at 1.7m teu, up from 1.66m teu in May, according to available data.