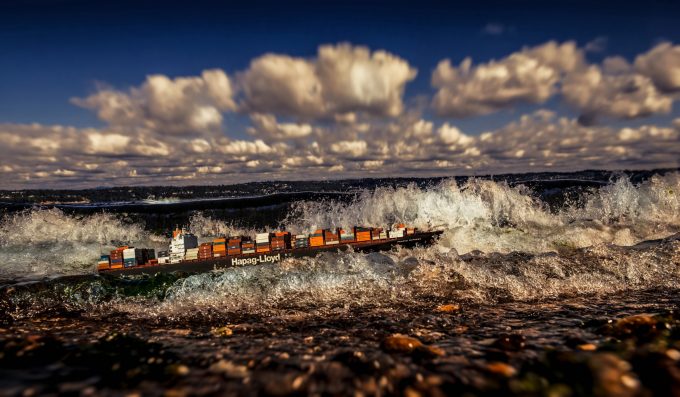 Containership owners are holding “charter vessel auctions” for ships under contracts that expire next year – with new five-year fixtures going to the highest bidder.

Shipping lines’ vessel operation desks are seeing the workhorses of their fleets depleted by these vessel charter bidding events or “taken from under their noses” through confidential ship purchases by competitors.

One broker contact told The Loadstar: “It seems some carriers previously reluctant to commit to charter periods over two years have had a change of heart, and are now prepared to agree 60-month charters, even at the current rates.”

For example, Hapag-Lloyd has been particularly active with a late rush into the charter market, which included snapping up the no doubt soon-to-be-renamed 8,411 teu Maersk Semarang for a five-year charter at $65,000 a day.

The fixture will provide the German owner, D Oltman, with a charter hire backlog of over $100m, which represents the current value of the 15-year-old vessel, according to VesselsValue data.

And according to the online valuation and data provider, the post-panamax ship recently concluded a five-year time charter with Maersk at a daily hire rate of $13,000.

Meanwhile, in its last charter market review of the year, Alphaliner said that after a brief softening, time charter rates were “bouncing back and, in some cases, improving on their previous highs”.

The consultant said: “As 2021 draws to a close, it will be remembered as a historic year for the container charter market, with an all-time high demand, a continuously tight supply and record-breaking charter rates.”

And it looks like more good news for containership owners for some time to come, as demand for container tonnage is “unlikely to weaken until June/July, with cargo volumes expected to remain strong on most routes”.

Alphaliner said the “continued bullish cargo environment”, along with “persistent congestion issues around the world”, would propel demand for “months to come”.

Notwithstanding Hapag-Lloyd’s willingness to agree to new long-term charters at highly elevated daily hire rates, the German carrier and its peers are fighting rearguard attacks on their charter tonnage from other lines prepared to get out their chequebooks at the first sniff of an available vessel on the S&P market.

MSC has acquired over 120 second-hand ships since August 2020, followed by CMA CGM which, in the past year, has purchased 44 vessels, with both carriers prepared to spend “whatever it takes” to grow market share.

According to Alphaliner, the French carrier recently concluded the purchase of the 6,039 teu Irenes Wave and 2,553 teu Irenes Rose from the same Greek owner, Tsakos. The former is currently on charter to Hapag-Lloyd, while the Irenes Rose, formerly the Wan Hai 605, is on charter to the Taiwanese line.

An S&P broker told The Loadstar he had been given “a blank cheque” from a carrier to tempt owners to part with their ships.

“They are taking some ships from under the noses of their rivals with these tonnage raids, and often the current charterer does not get to hear about the sale until it’s too late – it’s a real tonnage war out there.”