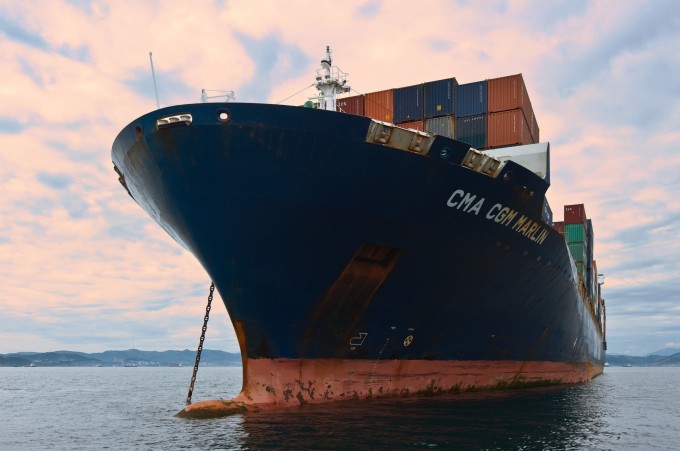 And there are doubts emerging as to whether the lines can secure peak season surcharges (PSSs) this year.

The Asia to US components of the Shanghai Containerized Freight Index (SCFI) saw rates on the transpacific tumble again this week.

Meanwhile, for Asia to North Europe, the SCFI this week recorded another slight dip in rates of 0.9%, to $862 per teu.

CMA CGM this week announced a $100 per teu hike in its FAK rates to North Europe from 1 July, to $1,050 per 20ft and $2,000 per 40ft – other carriers have announced similar increases. Some have also issued announcements of a PSS, also from 1 July, in the expectation of strong forward bookings.

But on the Asia to Mediterranean route, there was better news for carriers. The SCFI put on another 1.2%, to $915 per teu, stretching its rate lead over the much bigger North European trade.

But elsewhere, there was a further collapse of rates from Asia to Latin America, as the spot index slumped a massive 15.9% on the week to drive the rate down to $1,673 per teu. It is hard to believe that, in the same week last year, the SCFI recorded rates to Santos of $3,551 per teu.

The tradelane appears to have become the latest battleground for carriers jockeying for market share after the restructuring of alliances caused by Maersk Line’s acquisition of Hamburg Süd.

As before, when rates on the tradelane plunged to sub-economic levels, due to a toxic combination of weak demand and chronic overcapacity, services will need to be blanked, or perhaps culled, in order to regain stability.

And with the reported net losses by carriers in the first quarter at more than $1.2bn, and even MSC admitting it lost money, drastic action on the Latin American tradelane, or any others that are losing heavily, is likely to come sooner rather than later.

As the row over the short-notice imposition of the EBS by carriers looks likely to be put before the European Commission, even though it has not been implemented across the board, oil and bunker prices eased back a little more this week to some $423 per tonne for IFO380 heavy fuel oil.

Maersk Line, which set its EBS at $60 per teu, is so far the only carrier to publish the level at which the surcharge would be withdrawn: $370 per tonne for IFO380.