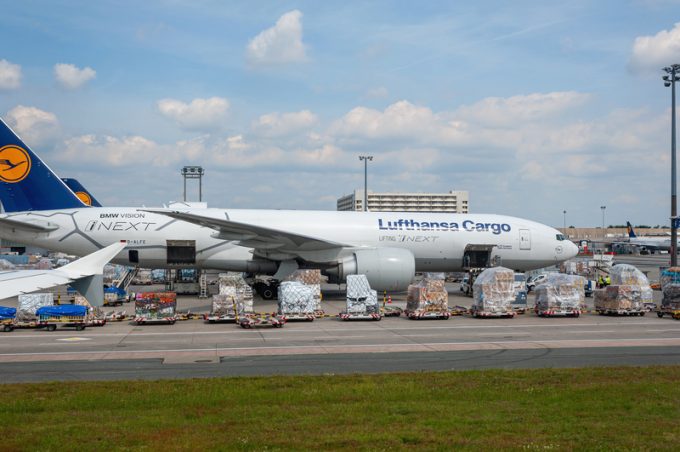 Air cargo is having a year in the limelight: the segment has kept planes flying and airport operations going, but its temporarily elevated status does not guarantee funding for freight-related projects, or even a louder voice in airport boardrooms.

At the end of last month, construction began on a 14,500 sq metre lot that will create parking space for 61 trucks, almost doubling the cargo area’s parking capacity to a total of 135 trucks. The project, expected to be completed late next year, is estimated to cost in the single-digit million euro range.

And at Fraport, which runs the German gateway, cargo is actually about to lose its voice at the top.

On 1 January, the freight department will become part of a new unit, called Freight & Passenger Development, and in the new reporting structure, cargo will be downgraded, its head no longer having direct access to an airport board member.

Observers and forwarders have reacted with consternation and harsh criticism. They fear the lower status of cargo will result in diminished attention from the top of Fraport and reduced drive to pursue a proactive cargo development policy.

The restructure is part of Fraport’s Relaunch 50 programme, which aims to cut up to 4,000 jobs and affects all five management tiers of the organisation. Of the 322 management positions at the start of the year, 114 are slated to disappear.

All airports are struggling. At the end of August, the Airports Council International issued its fourth Covid-19 economic impact analysis bulletin, in which it warned that its industry was anticipating a 60% drop in revenue compared with the projected baseline. This translates into an anticipated revenue shortfall of $104.5bn for the year.

The head of cargo at one US gateway summed up the situation by saying revenues and budgets were down and airlines kept pushing for lower charges, citing their own financial woes.

The slow recovery of the passenger business has dispersed hopes of a speedy return to pre-Covid traffic levels. A new report by Fitch Ratings warns that global airport numbers may not fully recover to pre-pandemic levels until the fourth quarter of 2024.

For this year, it projects passenger levels down 75% on a year ago in the third quarter, improving slightly to a 60% shortfall in the fourth quarter.

Fitch senior director Seth Lehman said: “A new normal in air travel has materialised and will persist over the next several years.

The credit rating agency has developed various scenarios to assess how airports cope with the pandemic. These take in an airport’s ability to reduce operating costs and leverage balance sheet flexibility, with capex growth plans deferred.

Some airports, however, are still going forward with new cargo infrastructure projects. Chicago Rockford is building a 100,000 sq ft cargo facility and expanding its apron to create parking positions for three 747-8 freighters. The airport is one of the largest hubs in the UPS network and has seen rapid growth of Amazon’s activities.

It helped that Rockford recently received $5.8m in funding from Washington.

Given current budget constraints, digitisation projects stand a slightly better chance of getting the green light, especially if the lion’s share of the cost falls on operators at the airport in question.

Amsterdam Schiphol is moving forward with the introduction of digital pre-notifications for export, starting in January, after all ground handlers signed an agreement last month. Forwarders and truckers who work with the system will be given priority, whereas firms that drop off cargo in the old-fashioned way will face higher costs.

At Dallas/Fort Worth International, the board gave its blessing to a cargo community system (CCS) back in January, with a ceiling of $447,430. The system, which is run by platform provider Nallian, went live weeks before the lockdown came into effect, so marketing is being held back for the time being.

And the cargo folks at Miami International Airport are still pursing their plans for a CSS and have submitted a proposal to the board.

So some airport managements, and even some politicians, do see a need for air cargo – and for efforts to support its development.