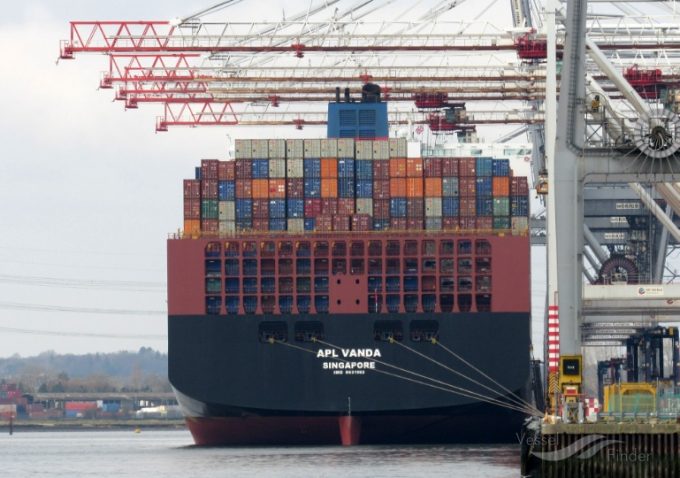 Freight forwarders have been advised that cargo on board the APL Vanda was lost overboard in an Indian Ocean storm sometime between 3 and 5 July according to reports sent to The Loadstar.

Advisory notices from the vessel owner, CMA CGM have been sent to cargo interests, but the company has still not made an official announcement of the accident and so the extent of the cargo loss, any damage to the vessel and, crucially, whether the crew are safe remains unclear.

Claims consultancy WK Webster, has reported that it has also received information of freight losses.

“We have received further information concerning the incident on board APL Vanda from which we understand that an unknown number of containers were lost overboard from the vessel on/or about 3 July 2022.

The Loadstar made enquiries into the storm around the 3 July but could not find a critical weather event on 3 July, however, a maritime expert did say that the monsoon season in the region has begun and this can cause severe storms to quickly appear. It does not, however, explain why CMA CGM apparently refuses to acknowledge the accident.

Ocean Alliance partners have amended their schedules showing that the Southampton call for the 17,300 teu vessel, due on 20 July, will be omitted and the expectation is that UK cargo will be offloaded in Tangiers around 29-30 July.

The vessel will, however, then continue its rotation calling at Rotterdam 3 August, Antwerp 5 August and Le Havre on 9 August.

If correct, then it would suggest that the ship has not been damaged and that the crew are safe.

Latest VesselsValue AIS data shows that APL Vanda remains at anchor off the coast of Djibouti.