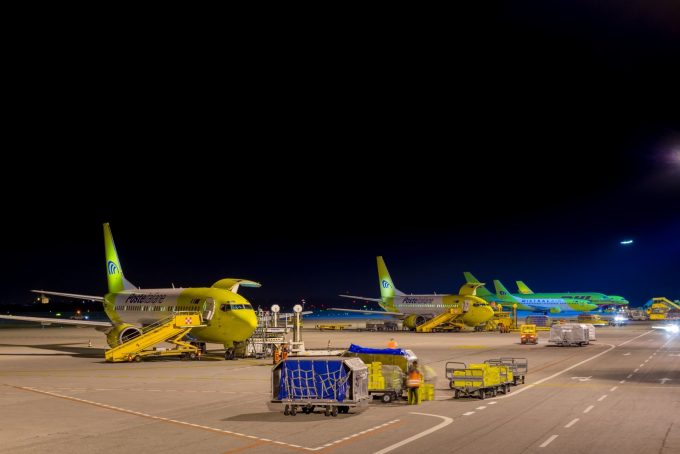 Brescia Airport is positioning itself as a cargo-focused alternative to major cargo hubs, and has signed a contract with an integrator for express services.

As a cargo-driven airport, it hopes to attract larger freighters and to lure traffic from other Italian hubs as soon as next year.

It currently serves as a domestic hub for Mistral Air, a carrier which recently shifted to a cargo-only AOC, operating six nights a week on behalf of Poste Italiane with ATR-72s.

However, a three-year contract deal signed in June between the national postal service and Amazon, for improved e-commerce deliveries and returns, could see volumes boosted at the airport.

This week an express operator signed a three-year lease on an airside cargo warehouse at Brescia.

“The integrator was looking for a valid alternative to its current operationally congested Italian hub,” said Massimo Roccasecca, manager for the cargo development of airports in the Italian North East Airport System.

“Specifically, it was looking for ‘ready to use’ air cargo facilities while its new mega hub is developed, which will be ready in no less than two years.

“This type of agreement, that eventually may become permanent, not only gives Brescia an additional air product to market, but the terms of engagement will give us the opportunity to enhance other warehouse facilities or develop new ones if needed, and therefore further promote the airport to full cargo operators.”

SW Italia had been using the airport, but appears to have suspended services for now. One source thought that the e-commerce volumes it was bringing in from China were too cheap to justify the expense.

“The business may not have been sustainable. There is quite a lot of capacity between Italy and China and the rates are quite low, despite plenty of volumes. The economics just don’t quite work if you are relying on this market only.”

Mr Roccasecca argued that some commodities could pay higher prices, and added: “Today, a big chunk of business from China goes to French and German airports and is then trucked into Italy. Personally, I think it is a nonsense.”

“There is a big gap in direct capacity, both passenger and cargo, between Italy and the Indian sub-continent.”

A new passenger airline, with a mixed Italian/Indian setup, is currently seeking approval from Italian aviation authorities in order to start operating widebodies from Brescia, he added.

He acknowledges that while Brescia has great potential and opportunities to grow, there are also constraints to overcome.

“The road feeder networks of the freight forwarders are set up to favour Italian hubs such as Malpensa or Rome Fiumicino, making it harder for other airports to wrestle the traffic away,” he said.

“But the new highway between Brescia and southern Milan make it faster, and easier, to reach Brescia from southern Milan than, for example, Malpensa: something forwarders are now taking into account.

“Provided the airport is able to offer a certain number of point-to-point destinations, and we are working on this, the customers today may be inclined to prefer the ‘tailor-made’ type of service Brescia may offer, compared to the ‘wholesale’ approach of the hubs.”

Brescia Airport is undergoing some redevelopment, working to improve its older warehouse and updating automated systems.

“Our current focus is on preparing the airport for any possible opportunity,” said Mr Roccasecca. “Once we have a full picture of market demand, then then we will get in touch with operators to present our business proposition.”

He added that Mistral, following the Amazon/Poste Italiane deal, had seen more packages than previously.

“But the ATR-72 is not the best aircraft for small packages, in my experience, so I would not be surprised if Mistral phases-in different aircraft types to its operations here.”

He added that express and e-commerce would create new opportunities for the airport, giving it high-end specialisation while capitalising on its 24/7 operational availability and its availability of space for development.

“With shopping online, there has been a huge increase in shipments. The problem is that what you buy has to justify the cost of airfreight. High-end products, such as electronics or designer goods, yes. But Chinese toys worth $4 do not justify a $4 transport cost. Nevertheless, there is growth.”

Mr Roccasecca hopes to have a full-cargo operator at the airport next year, and another in 2020.

One source at major belly carrier noted that Veneto is the second largest industrial region after Lombardi. Of the carrier’s volumes out of Venice, much of which is seasonal, about half is local, and the rest trucked from Milan, as well as from Slovenia and Croatia.

Mr Roccasecca added: “Those carriers with big birds have daily flights and you end up with the same capacity as a full freighter. Much of that capacity is often used by clients in Milan so they can optimise their capacity allocations. But you still have to truck to Venice: therefore, some sort of optimisation may be taken into account for the two airports in the group in the future.

“Brescia is mid-way between the two, so it would cut out trucking for forwarders, with immediate savings. And it wouldn’t cannibalise Venice’s traffic, which is mostly focused on belly capacity carriers.”

Venice is undergoing a massive redevelopment, due to end in 2035.

“Venice is a standalone business with high seasonal peaks,” said Mr Roccasecca. “There was not much focus on cargo due to lack of apron and land space, but in the new masterplan for airport development, cargo infrastructure is a must.

“Also, in Venice, the integrators have one flight a day each: the development will open up more space to them in order to accommodate the growth of e-commerce.”