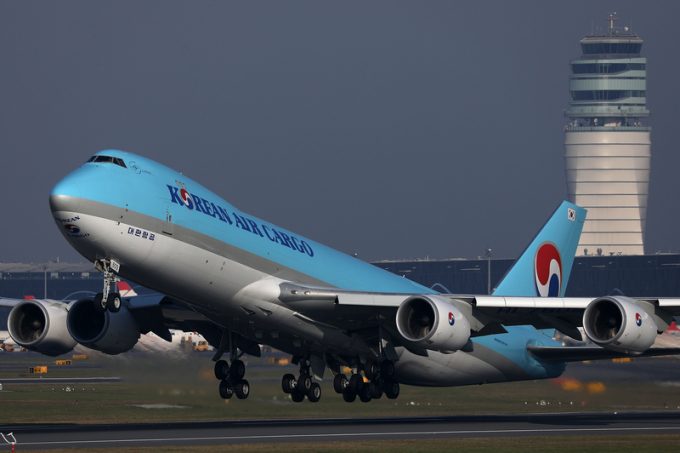 Korean Air has bucked the global trend and made a profit in the second quarter, off the back of a 95% increase in cargo sales.

The airline plans to turn some of its 26-strong 777300ER fleet into cargo-only aircraft, and said it expected cargo volumes to increase as a result. It also operates 23 freighters.

Lufthansa, which operates 17 freighters, was not so lucky, despite Lufthansa Cargo being a major contributor to its parent group’s second-quarter results, which saw an adjusted ebit loss of €1.7bn ($2bn), against a €754m profit a year earlier.

As with many other airlines, cargo was a rare bright spot for Lufthansa. The significant increase in yields saw the logistics division’s second-quarter adjusted ebit rise to €299m, after a €9m loss a year earlier, on revenues of €766m, up 23%. The first half netted revenues of €1.32bn, up 7% on a year earlier. Adjusted ebit for the first half soared 1,747%, to €277m.

Capacity across the Lufthansa group fell by 95% in the second quarter, while freight capacity fell 54%; in the first half, cargo capacity fell by 36%.

But the financial stabilisation package has begun to take effect, with the group receiving €2.3bn since the beginning of July.

Lufthansa said it did not see a full recovery until 2024 “at the earliest”, and has launched its ReNew restructuring programme, which will see 22,000 full-time job cuts, and 100 fewer aircraft in its fleet until 2024, when the fleet will be back at 2019 levels.

The executive level will see 20% of jobs cut, while across administration, 1,000 will go. The carrier plans to pay back the funds from the stabilisation package “as soon as possible”.

While it said it had tried to limit the number of redundancies, “against the background of the market developments in global air traffic and based on the course of the negotiations on necessary agreements with the collective bargaining partners, this goal is no longer realistically within reach for Germany either”.

Carsten Spohr, chairman and chief executive, said: “We are experiencing a pause in global air traffic. We do not expect demand to return to pre-crisis levels before 2024. Especially for long-haul routes, there will be no quick recovery.

“We were able to counteract the effects of the coronavirus pandemic in the first half of the year with strict cost management, as well as with the revenues from Lufthansa Technik and Lufthansa Cargo. And we are benefiting from the first signs of recovery on tourist routes, especially with our leisure travel offers of the Eurowings and Edelweiss brands.

“Nevertheless, we will not be spared a far-reaching restructuring of our business.

“We are convinced that the entire aviation industry must adapt to a new normal. The pandemic offers our industry a unique opportunity to recalibrate; to question the status quo and, instead of striving for growth at any price, to create value in a sustainable and responsible way.”

The third quarter will see Lufthansa reinstate capacity – about 40% of its planned space on short- and medium-haul routes, and it will offer just 20% of its long-haul services. In the final quarter of the year, it hopes to offer 50% of long-haul capacity and 95% of short and medium.

“Thanks to a high degree of flexibility in supply and capacity planning, this figure can also vary at short notice,” it added.