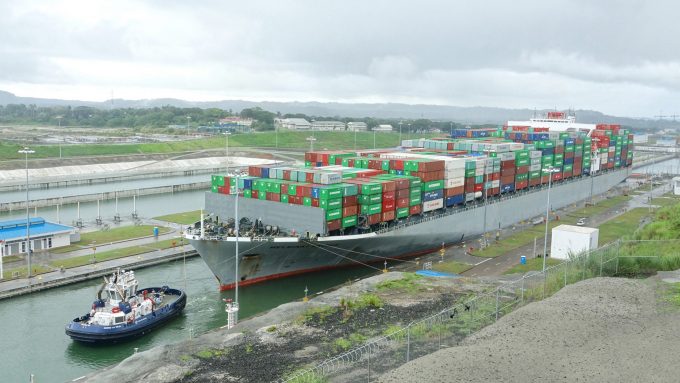 The Panama Canal Authority (PCA) is planning a green transition that will see the long-term costs of transiting the waterway increase, while counterpart the Suez Canal has announced a more immediate price increase.

The PCA is expected to say tomorrow at the COP26 conference in Glasgow, that it will begin a $70bn long-term development programme to take the canal to zero-carbon emissions by 2050.

The PCA’s climate specialist, Alexis Rodriguez, told The Loadstar: “In the short-term we will continue with our reforestation programme, which has already captured 1bn tonnes of CO2, and we will use that to offset the carbon emissions from the canal, but we do not trade in these emissions.”

Part of the plan is to develop clean energy for port and canal operations, including vehicles and tugs used to help vessels transit the canal.

One of the major issues for the canal is the need for high-powered tugs, known as a high bollard pull, to move and manoeuvre much larger vessels. The PCA believes a programme to support the development of green hydrogen, using solar and wind technology as an energy storage system for tugs and port vehicles, will be cost-effective and will lead to the Panama Canal becoming a zero-emission facility by 2050, in line with the Paris goals.

Included in the replacement programme, once the clean energy is available will be 85 replacement tugs to shepherd ships through the locks.

In an admission that the costs of the decarbonisation programme would see prices rise, Mr Rodriguez said that while customers would pay more to transit the canal, operations would be far more climate-friendly.

Moreover, the PCA is planning to announce tomorrow that it will implement a ‘differentiated tariff scheme’, which will see less-polluting vessels offered a green premium, charged lower prices for the reduction in greenhouse gases emitted.

Given that these charges are applied to vessels and paid by the operator, it is very likely they will be spread among the cargo owners with freight aboard the vessel and, ultimately, on to the consumer.

“We are committed to the decarbonisation process,” explained Mr Rodriguez, who conceded that shippers and consumers would have to pay for the green transition. But, he argued, the move was critical for the planet and would complement the direction global regulator the International Maritime Organization was heading.

Meanwhile, the authority operating the maritime shortcut through the Suez Canal have announced an increase of 6% in charges from February on all vessels except cruise ships and LNG tankers.

Suez Canal Authority chairman Admiral Osama Rabea said the move: “Affirms the authority’s keenness to apply a balanced and flexible marketing and pricing strategy that fulfils the authority and its clients’ interests, and takes into account global economic conditions and its different variations through clear mechanisms that include estimating the tolls of the transiting vessels.”

As South Africa cleans up after days of civil unrest and widespread looting, shippers and ...

After months at anchor in the Bitter Lakes area of the Suez Canal, the Ever ...

The UK P&I Club and other insurers are close to an agreement with the Suez ...