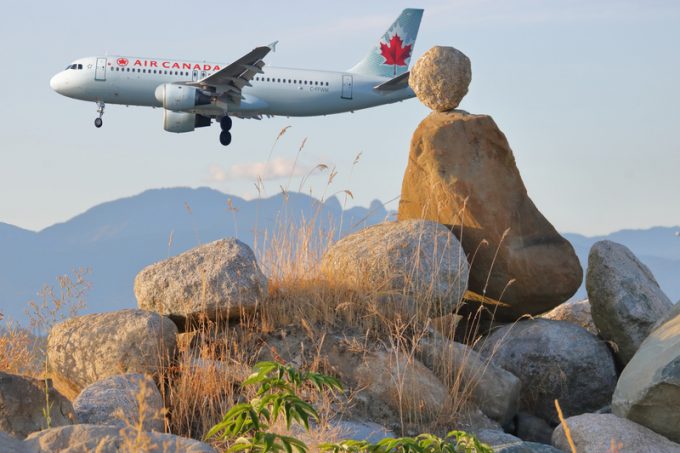 As national and regional governments have eased restrictions imposed to halt the spread of Covid-19, bellyhold capacity is coming back, but the resumption of passenger services is not a straightforward increase in activity.

Air Canada (AC) has been stepping up its operations, notably cargo missions, but on some sectors in the domestic arena management felt compelled to throttle down. At the end of June it suspended 30 domestic routes in response to weak passenger demand. These include sectors like Moncton-Ottawa, Windsor-Montreal and North Bay-Toronto.

Cuts in domestic networks have produced challenges for domestic shippers and limited choices for interline routings.

Fortunately for many of its cargo customers, AC has increased its widebody lift in the key Vancouver-Toronto corridor. The schedule meltdown in March had reduced the airline’s passenger flights between the two hubs to one daily widebody flight. Largely for the benefit of cargo it has upped the frequency on this vital sector.

Bhagwahn Randawe, director of business development at Rutherford Global Logistics, remarked that the capacity shrinkage was challenging, adding that it affected some verticals more than others.

“It can be hard for the growers for both their domestic and international business with limitations of flights, but overall I am happy with what we have moved in the past three months during the lockdown,” he said. Rutherford’s focus is very much on the international arena.

South of the border Bob Imbriani, senior vice-president international of Team Worldwide, remarked that perishables and similar items that require expedited moves have been particularly hard hit by the radical shrinkage of domestic bellyhold capacity in the US market. Carriers like Delta have trimmed their domestic flying to about 35% of pre-Covid-19 operations, he noted.

Besides affecting domestic flows, the demise of much domestic widebody lift is also reducing options for forwarders and carriers looking to move cargo through interline activities at major gateways. However, this option was not much in play before the Covid-19 outbreak, noted Jens Tubbesing, CEO of Airline Network Services.

“There was so much capacity from anywhere to anywhere,” he said, adding that domestic lift was not really an option to feed international flights anyway because rates were higher than for some international sectors.

The New York-Los Angeles trunk route was well used, but chiefly for domestic cargo that needed expedited transportation, such as seafood going from the East Coast to California, he said.

Now forwarders and airlines are facing another obstacle to moving cargo from inland points to major gateways. After the initial surge outbound rates from the US to Europe have fallen back to levels that cannot absorb the trucking costs.

“I can’t truck cargo from Chicago to New York. The trucking cost will kill any possibility of that,” Mr Tubbesing said. “On our flights out of New York, all the cargo is from New York, Boston, Philadelphia; not from further afield. Trucking is limited to places like Milwaukee.”

Gateway options are also on the wane. American Airlines is no longer using Los Angeles International Airport as an international hub. Management expects its international longhaul capacity next summer will be down 25% compared to 2019.

Overall international lift is on the rise, though.

“A good sign is more airlines are coming back into Canada and with Air Canada opening up more routes, we’ve more choices to book our shipments,” Mr Randawe remarked.

Still, a lot of destinations are challenging to reach, especially when it comes to cargo with special requirements.

“One of the greatest challenges we have faced is the movement of temperature-sensitive pharmaceuticals and pharma-related products to places like South America,” reported Alex Lavergne, senior freight specialist at AGO Transportation.

“Air Canada and Air France are normally some of the most reliable options for this type of cargo departing from Canada heading abroad, but with their severely diminished passenger flights the overall ability to move temperature-sensitive cargo was directly affected. Air Canada has since made efforts to resume service to some key South American airports, but the availability and capacity are nowhere near what they were before the Covid-19 pandemic,” he continued.

In an effort to alleviate logistical bottlenecks, the Californian port of Long Beach has called ...