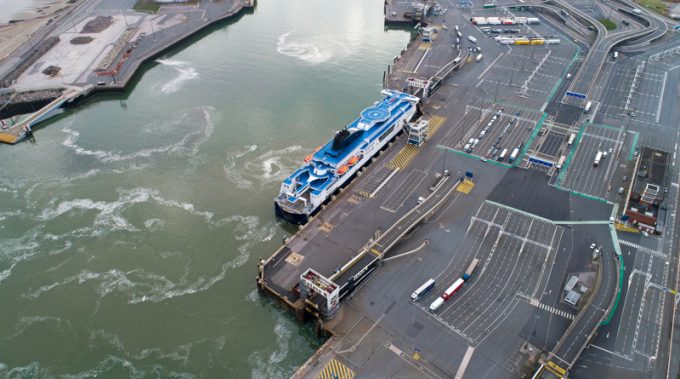 The port of Calais has come under fire from the UK’s Road Haulage Association (RHA) over its preparedness for Brexit and claims it won’t perform additional vehicle checks.

During BBC Radio 4’s Today programme, port president Jean-Marc Puissesseau said Calais would not be conducting checks beyond those for food, livestock and migrants.

Chief executive of the RHA Richard Burnett said this did not chime with what the association had been told during a meeting with port authorities last week.

“It was made clear that if drivers arrive without pre-customs declarations or a permit (if it’s a British driver) or transit document (if delivering to a different country), they will be rejected,” he said.

“To complete that could take up to five minutes – still a significant delay, and if not fully completed, the carrier will reject the vehicle – it will have to turn away or park up to complete declaration.”

A spokesperson for the FTA told The Loadstar it had not been at the meeting,  but added this made it all the more apparent that paperwork must be completed before reaching the port.

“What we can say on the comments made in the Today programme is that it is good to see some flexibility being shown,” said the spokesperson. “But more than anything else, it underlines how imperative it is that drivers complete all paperwork before arriving at ports if the UK is to avoid major congestion in the wake of Brexit.”

Should the UK revert to WTO rules – a possible outcome in the event of a no-deal Brexit – it is expected that paper documentation would be required. The Loadstar understands European authorities will require checks on both inbound and outbound traffic.