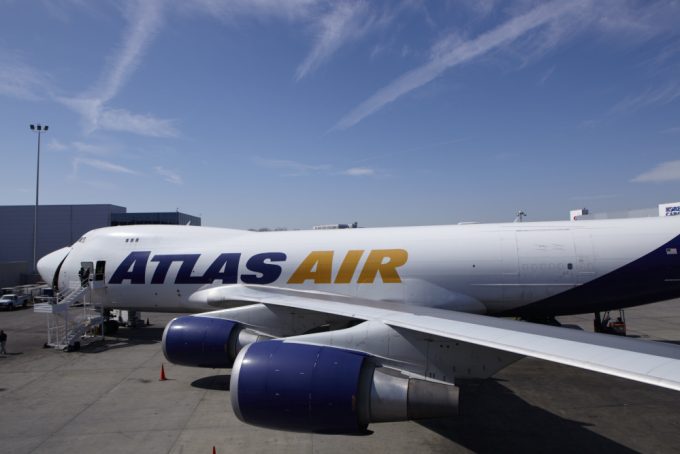 The deal will see a “seamless” flight operation between Cainiao’s warehouse in Hong Kong, to Bogota and Lima, via Santiago or Sao Paulo, using a special prorate agreement (SPA) for through-rates across both carriers.

Cainiao said the shipping time to Colombia and Peru would be reduced by nearly 50%, with parcels arriving in 10 days, but still a far cry from Cainiao’s 72-hour pledge. The partnership will see customs clearance, repackaging, container change and transit warehousing in Chile or Brazil, where shipments will transfer from Atlas to Latam.

E-commerce demand in Latin America is growing, but Covid-19 has led to far less capacity to and from the region.

“The pandemic has resulted in a shortage of cargo flights from China to South America, and our collaboration with Atlas Air and Latam can help meet the robust demand and raise logistics efficiency,” said William Xiong, Cainiao’s chief strategist and general manager of export logistics.

Observers will question whether the deal marks a customer conflict of interest for Atlas, which also operates on behalf of rival e-commerce behemoth Amazon, but Cainiao was unable to comment to The Loadstar in time for publication.

Amazon has reduced its use of Atlas, switching some aircraft leases from Atlas Air to ATSG, while Sun Country Airlines has also taken up some flying for it. Major customer and Polar Air partner DHL has also moved some of its operations away from Atlas, with Amerijet taking over four DHL aircraft from Atlas, the last one in February.

According to one source at Atlas Air, the DHL contract was due to expire at the end of 2020 and said the move to Amerijet was down to two possible reasons.

“Either Atlas ended the deal to free up space and pilots for another customer, or it continued to drop below the acceptable levels of performance and, rather than continuing to impose performance penalties on Atlas, DHL has elected to place the assets with another carrier in hope of better performance/reliability.”

Pilots claim Atlas’s performance has been unreliable, and Amazon is believed to have expressed concern over the chronic row between Atlas management and its pilots’ union, which was said to have led to reduced reliability.

But a new pilot agreement is expected by May 17, two months after arbitration began. The arbitration hearing ended last week, and the union and Atlas Air will now submit post-hearing briefs.

The likelihood of an agreement may have assuaged any concerns for Cainaio, but pilots have said that five years of talks have left them in an uncompromising mood.

Meanwhile, Latam filed for bankruptcy protection in May 2020, and is undergoing reorganisation in the US, under court supervision. The carrier made a loss of $4.6bn last year.