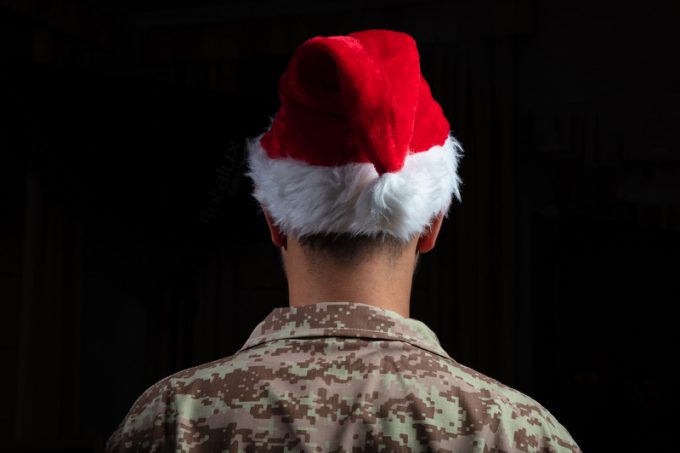 Over the past couple of weeks, dire warnings that Santa might fail to deliver this Christmas have turned into more assured predictions that the frayed supply chain will lead to missed sales and empty stockings in the US.

With lead times stretched and cargo snared up along supply chains, some merchandise will not make it to market in time.

“Our military and reserves could help, from a logistical standpoint, in providing expertise, people and equipment to move cargo and chassis,” he said.

“If you look at how quickly this country was able to get vaccines out into different areas; if you think about the logistical challenge of that and how they addressed it, it actually was a pretty amazing feat,” Mr Koenemann said.

Isolated steps, like 24/7 operations at the ports of Los Angeles and Long Beach, cannot resolve the problem because disruptions are occurring all along supply chains, from factories and ports in Asia to rail yards and warehouses in the US, he points out.

Which does not mean there is no room for individual measures, like relieving congested warehouses near the port by moving containers further inland for breakdown, he added. Likewise, automation and technology can help, for instance using robotics than can unload containers in warehouses or fielding automated guided vehicles at terminals.

Mr Koenemann stressed the importance of end-to-end visibility in supply chains, although this typically runs into problems further up the chain. By the same token, digitisation is a critical tool, but has its limitations when it comes to suppliers that lack technical capabilities. The absence of a standard further complicates matters.

TBM is setting up a version of a supplier portal for a client using 300 suppliers, so these can update information about estimated delivery times and lead times, giving the client valid planning parameters.

Essentially this flow of data has to move through the cloud, using agnostic solutions that can handle different data sets and formats. However, in some countries connecting to the cloud can be a challenge, says Mr Koenemann.

“There is not only a Great Wall of China, there is also a Great Firewall of China,” he said.

Operators are increasingly looking to artificial intelligence to optimise flows and navigate hurdles, but again this has limitations, he pointed out. Many algorithms were built before the current supply chain disruptions and do not match the situation.

“The optimisation rules we’re operating under are different now,” he said.

Much has been made of a shift from the just-in-time concept to just-in-case. TBM has strong foundations in Lean and Six Sigma as well as the Kaizen concept of continuous improvement, and Mr Koenemann worked for Toyota earlier in his career. People should not get hung up on the ‘JIT or JIC’ question, he advised, adding that JIT always involved some level of safety stock.

What he regards as more fundamental is the change in mindset from a cost focus to the need to manage risk, and the ramifications of this shift. For one thing, it leads to the need to reduce dependence on a single supplier on another continent and recruit others closer to market.

“If you don’t have your product, you miss sales,” he said.

Mobilising the military may be one way to avert that scenario for many companies now fretting over the increasing likelihood of their orders arriving too late.