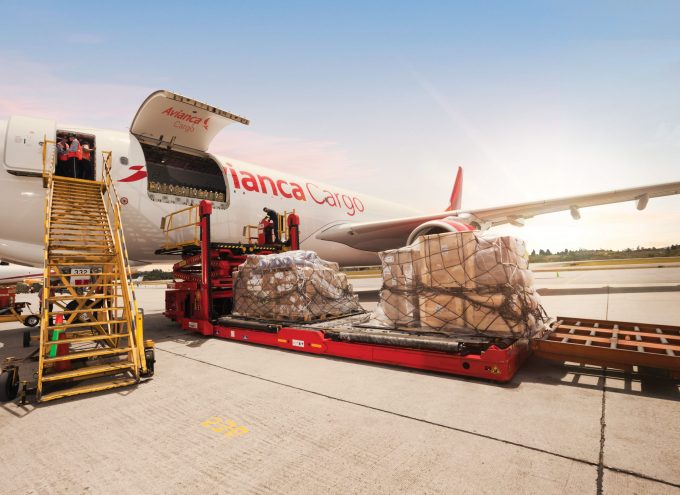 There is no freighter version of the Boeing 787, but the passenger aircraft is increasingly coming to the fore for Avianca Cargo carrying freight.

A cargo-only service between its Bogota hub and Madrid service runs two or three times a week, but Avianca intends to raise the frequency to five or six, said Kurt Schosinsky, managing director of Avianca Cargo.

The carrier started using 787s for cargo flights on 27 March with a run to New York and, since then, on routes to Santiago and Panama to boost capacity on those sectors in addition to freighter operations.

In response to the Covid-19 outbreak, Avianca has rejigged its freighter schedule to increase capacity across the Atlantic and has also started A330-200F services between Bogota and Madrid, flying twice a week.

“We continue to connect Latin America to the world. One of our priorities now is to create capacity to keep supply chains in and out of Latin America moving,” Mr Schosinsky said.

Capacity serving Latin America has plummeted. Like Avianca, rival LATAM has suspended international passenger flights and foreign carriers have equally cut back. This has turned a market characterised by ample capacity chasing freight last year, into a region with a dearth of lift.

The freighter on Avianca’s latest transatlantic all-cargo sector turns around in Madrid with only a short time on the ground.

Operating flights these days, he says, is a balancing act between providing lift and making sure the airline’s crews are as safe as possible. Avianca has implemented protocols and measures to that end. It also tends to keep the same crews together to forestall the spread of Covid-19 in case one team member gets infected.

Besides the Madrid route, Avianca has also strengthened its transatlantic main deck lift with an increase in freighter flights between Miami and Brussels, from two to four or five weekly flights. In addition, it has operated a charter flight to Amsterdam.

Avianca also wants to ramp up its freighter activities in the US, but this has run into opposition from Atlas Air, which launched a complaint against the application, arguing that this could open the door to cabotage activities.

Mr Schosinsky said this was a misinterpretation.

“We continue to use the US as a connection point. We have no intention to fly intra-US,” he said, adding that Avianca intended to move forward with its application.

Much of the traffic on the airline’s flights at this point is medical equipment, but other types of cargo are also moving. Demand has shaped up better than anticipated, Mr Schosinsky said. Flower exporters had braced for reduced volumes going out for the coming Mother’s Day spike, but the word is that they are similar to last year’s, he reported.

This raises the possibility of more passenger aircraft being fielded on cargo missions. This could extend beyond the carrier’s 787 fleet to its A330 passenger aircraft, he said, but no decision has been taken at this stage.

Nor has management determined to follow the lead of other passenger airlines and remove passenger seats from the cabin to boost cargo payload. This possibility is under evaluation, Mr Schosinsky said, but management is waiting for the aircraft manufacturers to release technical information on this process.

Currently overhead bins and space under seats is used to carry medical equipment and regular air cargo is moved in the bellies of the passenger planes on cargo missions. If Avianca does go ahead with the removal of the seats on 787s, it would be the closest the type has got to a freighter version so far.