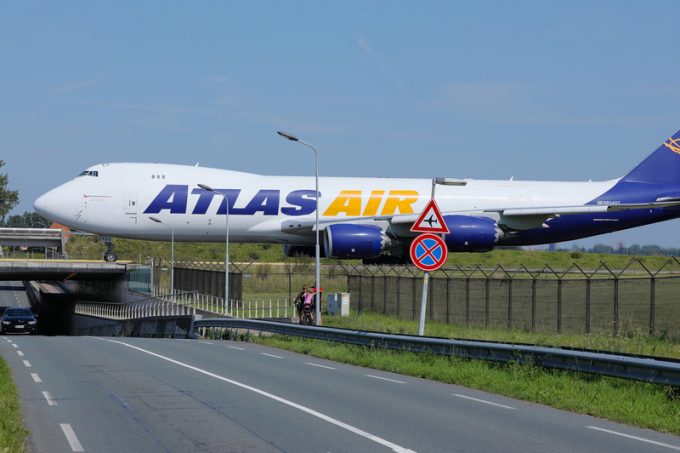 Atlas Air has locked-in customers at high charter rates for the medium-to-long term, taking full advantage of extremely high air freight rates in the second quarter, and a lack of capacity.

Potentially the most profitable side of the business for the foreseeable future is the long-term charter deals with customers including HP, DHL Global Forwarding, DB Schenker, Flexport and Geodis, it said.

“The way we’re looking at them is that they are very much ACMI-like, while taking advantage of current market dynamics and yields.”

CFO Spencer Schwartz added that some agreements extended into the second half of 2022, while others ended late 2021.

He said: “I’ve talked before about the blurring between ACMI and charter that has started to happen in our business. And these new long-term charter arrangements sort of further that. So you can think of this as sort of medium shorter-term ACMI, or medium- or longer-term charters.”

He added that Atlas had struck a “good number” of these deals. The advantage for customers, he said, was that rates were less than the current spot market, but for Atlas they were higher than typical ACMI deals – “So it’s kind of a win-win for the customer and for the company.”

How long rates will stay high for is anyone’s guess, although much will depend on the return of passenger bellies. But Lufthansa, for example, said this week it expected to be flying 90% of its long-haul destinations by the end of the year, which could trigger a rate decline well before those long contracts end.

And it’s not just the higher rates that Atlas has enjoyed: other airlines have delayed maintenance on aircraft that are not flying, and the maintenance companies are offering discounts.

“Given what’s happening with some of the passenger airlines, we have opportunities to take advantage of open windows for performing maintenance,” explained Mr Schwartz. “So there’s slot availability.

“In addition, we are being offered discounts that we can take advantage of. And so we’re performing maintenance at lower costs. So we’ve accelerated some maintenance that perhaps would have been performed later this year or into next year.”

While there have been some concerns over consumer demand, and whether there will be a ‘peak’ this year, especially as air freight rates remain high, Atlas said it was confident of a strong fourth quarter with “tremendous advantages” in terms of volumes and yields.

Citing the current strong demand in sea freight – “a pretty good indicator” – Mr Dietrich said: “We feel really good about the peak. And I absolutely think it’s sustainable this year.

“The expectations of passenger belly capacity to come back into the market have slowed dramatically. They will eventually come back. But with the, call it, resurgence or continuation of Covid, that’s not happening as quickly as I think many hoped. That plays well for our business, frankly.

“And that, coupled with a lot of the secured agreements we already have in place that we do for the peak season, a lot of those deals are already fixed. As well as the demand we’re seeing just generally and not just PPE, but both PPE and general manufactured goods, that we have capacity still to sell. And we believe the yields will continue to be very strong for the weeks and months to come and certainly through peak.”

The third quarter has seen yields more moderate than in the second quarter, but “they still remain elevated and very attractive compared with typical yields for this time of year,” said Mr Dietrich.

While Atlas normally makes the majority of its money in the second half, this year it is likely to be 50/50.

Atlas is, however, being “mindful of the importance of disciplined financial management”. It has cut staff travel costs, limited hiring and tightened spending. It added that it would return unprofitable 737-400s, on a CMI deal, to the owner.

In a bullish call, the only fly in the ointment was management’s characterisation of its relations with its pilots. While it offered them an immediate 10% pay rise as Covid struck, the pilots remain unhappy. Mr Dietrich, who has been credited with Atlas’s strategy on its pilots, said there was “now a defined path forward … and the clock is ticking on the nine months of bargaining”.

However, at the end of April, the pilots filed an appeal, and the issue does not appear to be over.

That has not daunted some investors, however, with Greenlight Capital noting this week it has taken a “large” share in the airline.