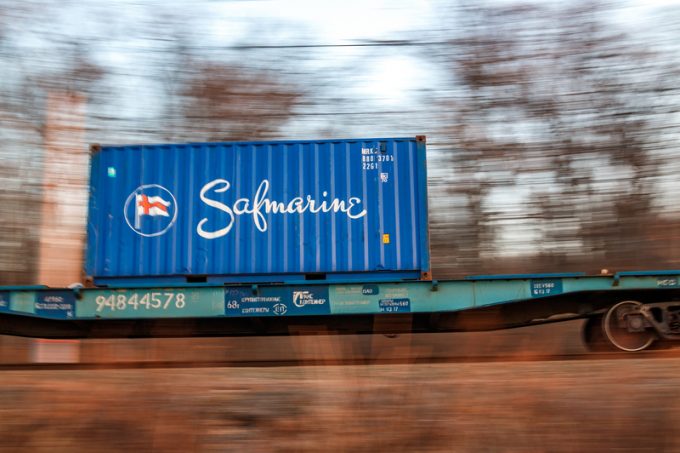 Maersk is to phase out the Damco and Safmarine brands by the end of the year, in a major restructuring of its brands which could see some 27,000 jobs affected and some 3,400 jobs lost.

The news, broken by Loadstar Premium last week, is a further step towards Maersk’s strategy of becoming an integrated transport and logistics company.

APMM confirmed this morning that Safmarine would be integrated into Maersk, “to enhance customers’ access to the global integrated offering”, along with forwarder Damco’s air and LCL businesses, which will be “combined” with Maersk’s products.

The company added: “A more simplified and customer-centric global ocean & logistics organisation is being introduced.”

Maersk said the moves, which were all broadly expected by Premium readers, would allow it to focus better on the customer.

“Our customers are at the heart of our vision,” said Vincent Clerc, chief executive of ocean & logistics, for APMM.

“Their evolving supply chain needs are increasing the demand for multiple modes of transport, and to meet these needs, we’re bringing our company’s expertise and capabilities even closer together. These steps are key to accelerating our transformation.”

Digitisation has further enhanced the move towards an integrated product, said Mr Clerc, who added: “We can present Safmarine customers with the full ocean and supply chain offering and more scale.”

The Safmarine website today notes: “As of 1 October, the Safmarine brand will gradually begin to integrate into Maersk.”

The Cape Town-headquartered line, formed in 1946, was acquired by Maersk in 1999, but apart from the integration of management functions in 2011, Maersk has  been extremely wary of the commercial implications for its African trade of shelving the “together we go places” identity of Safmarine.

And a source involved in the African trade told The Loadstar today  discarding the Safmarine brand would “not go down well”.

“There is a really close fraternity between the ‘Safmariners’ and customers, built up over many years, that the impersonal strategy of Maersk will never achieve; there will be a lot of unhappy shippers,” he said.

Meanwhile, Damco, despite a new focus and new CEO in the past year, will also lose its identity. Despite insisting in January, in an interview with The Loadstar, that the forwarder had “its own space” and was “independent”, a major reshuffling of management as it folds into the Maersk brand looks likely.

Loadstar Premium, whose Damco story in mid-January proved to be predictive, reported that Damco’s ocean and customer service business would close by the end of this month, while Maersk is said to have hired a global head of LCL from Ceva to cement its forwarding credentials.

Maersk said Damco had “demonstrated significant value to customers in the air and ocean LCL space” – which, if folded into Maersk, would “boost the parent’s value proposition”. Maersk will not, however, offer an ocean FCL multi-carrier product.

Maersk did not state potential job losses from the restructuring, but according to Danish newspaper Borsen, some 2,300 positions at Damco and 1,100 at Safmarine look set to go. However, one media report says a Maersk spokesperson had confirmed that up to 27,000 jobs would be “affected” – about one third of the group.

One former APMM executive noted that the use of the word “affected” was typical of the company, adding: “Masters of wordsmithing, they are.”

Investment bank Jefferies said this morning that if 3,400 positions at Damco and Safmarine were cut, it would represent about 4% of Maersk’s global headcount, and would result in estimated cost savings of some $200m, adding about 3% to ebitda.

It is not yet known whether the CEOs of Safmarine, David Williams, and Damco, Saskia Groen-in’t-woud, will be offered alternative positions.

SeaIntelligence Consulting’s Lars Jensen said it was a “sign of the times” that the multi-brand strategy on the major tradelanes was “coming to an end”. Maersk’s decision to scrap the Safmarine name follows CMA CGM dispensing with the long-established APL brand on the transpacific next month.

There was no mention of Maersk’s SME forwarding platform, Twill, in the announcement and little mention of Hamburg Süd, except to note that its organisational structure would be “simplified”, and the back offices of Maersk and the German shipping subsidiary would “come closer together…while continuing to meet customers as two separate brands with a differentiated service model”.

Sources close to Loadstar Premium, however, have speculated that Sealand and Hamburg Süd may eventually consolidate.