News / Another typhoon hits China: schedules will get 'messier and more confusing' 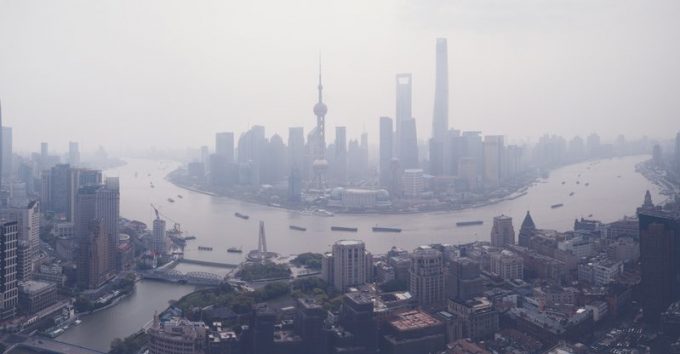 Another typhoon is heading towards China’s east coast, bringing a fresh bout of flight cancellations and port disruption to Shanghai and Ningbo.

Typhoon Chanthu narrowly missed Taiwan yesterday and is expected to weaken as it approaches Shanghai, having been downgraded from ‘super’ to ‘strong’.

However, fierce winds, heavy rain and flooding are expected along the coast of Zhejiang province, prompting officials to suspend operations at the region’s major air ands sea transport hubs.

According to Chinese forwarder Proair Logistics, all flights in and out of Shanghai Pudong were cancelled after 11am today, creating further cargo delays over the next 48 hours at least.

The airport was already suffering from reduced handling capacity due to Covid restrictions, while flights from Ningbo and Hangzhou airports have also been cancelled due to the typhoon.

According to Mainfreight, all container terminals in Ningbo and Shanghai ports have been closed until further notice, with vessel schedules likely to see “continued heavy delays in the next few days”.

Marco Reichel, Shanghai-based APAC business development director at Crane Worldwide Logistics, told The Loadstar the ports and depots in Shanghai had tied-down all containers in preparation for the typhoon, so empty boxes were currently unable to be collected.

Chanthu is the second – and stronger – typhoon to force Shanghai and Ningbo, the world’s first and third busiest container ports, to close this summer. July’s Typhoon In-Fa saw Shanghai closed for three days, creating a backlog of 150 ships, according to local media.

And operations at Ningbo have only recently got back to full capacity after the temporary closure of Ningbo Meidong Container Terminal, due to Covid.

The typhoon is the latest in a long list of disruptions that have created pockets of congestion at all China’s major export hubs this year, most notably the closure of Yantian International Container Terminal in Shenzhen, which, in turn, heavily impacted all the major terminals in South China.

Maersk said today the “unprecedented situation” of severe port congestion globally had resulted in an accumulation of delays across several services on its Asia to North Europe network – a “situation driven by a combination of rapidly increased demand and measures to fight the pandemic across ports and supply chains in general”.

A new partial lockdown in Ningbo has highlighted the threat to container supply chains from ...