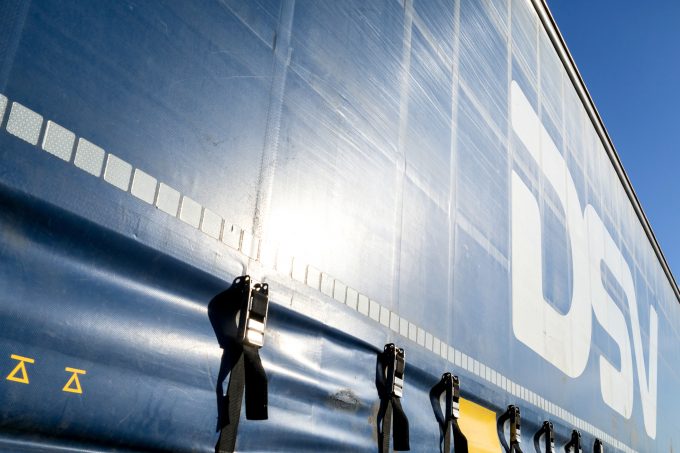 DSV is planning to be “extra aggressive” to retain volumes, even if it risks yields, group CEO Jens Bjørn Andersen told investors today.

But M&A activity will be on hold until sellers offer realistic prices, he added.

Air freight volumes fell 3% in the quarter but, adjusted for the addition of GIL into its numbers, DSV estimated a fall of about 10%. After the GIL adjustment, sea volumes fell about 4%. But the Air & Sea division saw gross profit growth of 14.9% in Q3, year on year, to Dkr9.14bn, while for nine months it was up 59%.

But the company recognised a fall in demand and spot rates in Q3. Mr Anderson said the company would fight hard to retain volumes.

“Volumes are dropping and our sales teams will have to work extra hard. We don’t want to give up on volumes, we’ll have to be extra aggressive both to keep our volumes and take from competitors.”

He also said yields were on their way down, but added: “We simply don’t know how fast. We are trying to keep high yields and volumes, but we want to be competitive and not lose the business. We want to outgrow the market, so we believe yields will come down.”

He predicted air and sea volumes would decline between 10 and 15%, adding: “It’s not a super growth environment to be in, but it’s not of great seriousness to DSV.”

He noted that retail in particular, which accounts for 20% to 25% of DSV’s business, was particularly impacted as shippers looked to reduce inventory levels and cut inbound transport. “There’s quite a bit of nervousness in the market.”

Mr Anderson, however, was very content with DSV’s spot market strategy. He said: “We have always been short [on capacity] at DSV, we’ve never speculated on it. That has not always worked, but it feels pretty good right now not to be with asset owners.”

He said that two-thirds of DSV’s air freight was on the spot market, about 20% was charters and the remainder on DSV’s own controlled network.

“Six to nine months ago it was super tempting to go long on capacity and take large chunks, and rates, for many years. But we didn’t, and I am very happy about that. We don’t think speculation is what freight forwarders are for.

“We are a broker and sit in the middle offering services. It’s going to be competitive, but 75% of our income is from fees for services, and that’s fairly stable, historically.”

Mr Anderson said he had not seen any shippers try to break their contracts: “Shippers are honouring them, even though rates are dropping.”

DSV has yet to see any overall hits from the vertical moves of others such as Maersk.

“A few shippers have gone directly with asset owners, but we’ve also seen different directions taken by other clients who have moved to freight forwarders. It’s little bit complex, but we are not concerned about the competitive landscape.”

M&A plans, meanwhile, look likely to go on hold in the current market, with sellers demanding unrealistic prices, he said.

“There is some gap between what sellers expect and what buyers will pay, and that will continue for quite a while. Sellers need money and can’t continue without dramatic changes, so I think we’ll see a slowdown in M&A. Once the market has rebalanced, it will pick up again.

“It’s taking a little while for reality to sink in among owners of assets that are for sale.

“We’ve shown discipline on that, and we will ,going forward. People know you can give us a call, but that doesn’t mean we are interested. We will keep our commitment to M&A, but on the right terms.”

“We will pass on the effects of inflation to our customers, and we’ll need to put other rates rises on to clients too.”