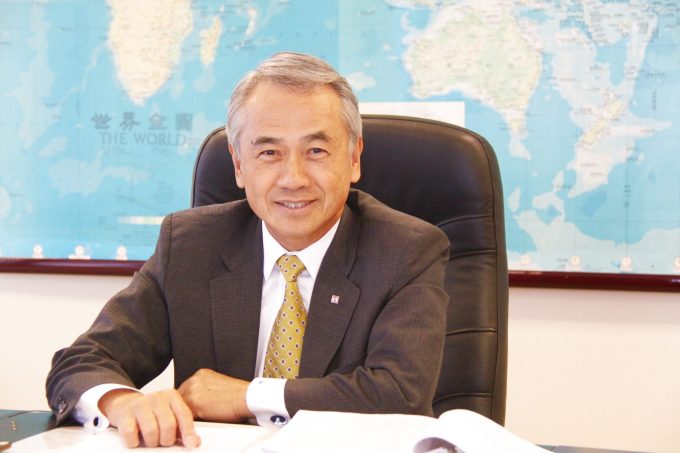 China United Lines (CULines) has engaged Yang Ming’s former chairman, Bronson Hsieh, and Wan Hai’s former president, Chou Pai-chih, as consultants, suggesting that, despite its recent withdrawal from the Asia-Europe trade, it is serious about long-term growth as a liner operator.

The move comes a year after state-controlled CULines surprised the industry by appointing former Hapag-Lloyd exec Lars Christiansen as its co-CEO alongside Raymond Chen.

Yang Ming and Wan Hai are both Taiwanese operators, and considering the island’s often difficult diplomatic relationship with China, the appointments raised eyebrows.

Yang Ming’s focus is on long-haul routes while Wan Hai is mainly an intra-Asia carrier, and may imply that CULines hopes to expand both its ocean-going and shortsea businesses.

Xeneta chief analyst Peter Sand suggested to The Loadstar that CULines could seek alliances with larger operators to expand its operations. Currently, it is ranked 23rd among liner operators, with capacity of 80,519 teu on seven owned ships and 22 chartered vessels.

Mr Sand said: “Twenty-nine ships doesn’t make one a global player. And with six ships on order – two of 7,000 teu and four at 2,500 teu – that doesn’t sound like a rapidly expanding player either.  In short, CULines can’t do it on its own.For that to be feasible, CULines must find a partner or two to bring scale to any ambition.”

Meanwhile, Antong Holdings, parent of Quanzhou Ansheng Shipping, announced on Friday that CULines will pay Rmb470m ($67m) as compensation for the early termination of their vessel-sharing agreement, which precipitated the latter’s exit from the Asia-Europe trade. The amount includes $10.54m of outstanding ship charter and profit-sharing payments.

CULines said despite its unsuccessful Asia-Europe venture, it expected to make good profits in Q3 and, after two years of historically high freight rates, the company has achieved cumulative profits of more than $430m. This will give CULines enough capital for future development.