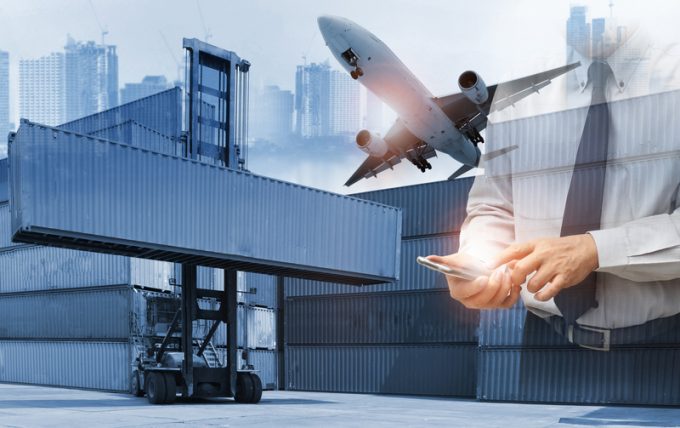 As a growing number of airports take a more active role in the cargo business on their patch, some are looking to extend data connectivity to nearby ports.

Among those that recently signed up, or started proof-of-concept trials, are Vancouver, Rockford, Boston and Philadelphia.

Typically, the ability to manage truck flows and avoid congestion has been the biggest incentive for airports to embrace the CCS concept, but now airports are looking to deploy a much broader array of features and functionality in their CCSs, reported Amar More, CEO of Kale Logistics Solutions, which provides CCS platforms to cargo communities.

Several airports located near ocean cargo gateways have even expressed interest in CCS functionality beyond their core business, he added.

“They are not just looking at air cargo. They are exploring sea-air corridors,” he said.

The sea-air concept has waxed and waned over the years. With supply chains in flux, forwarders have looked at it as another tool to find viable routings. In addition, the congestion and disruption that have afflicted maritime supply chains since Covid arrived have amplified the need for improved visibility of both ocean and air cargo, as beneficial cargo owners and their logistics providers looked to extricate freight from congested ports and shift it to air transport.

This has been challenging, said James Coombes, CEO of Vector.ai, a provider of digital forwarding platforms to automate processes, adding: “There is a desire and a need for multimodal visibility. It is a poorly serviced market today.”

Top brass at Vizion and BlueBox, two freight visibility providers, have arrived at the same conclusion and formed a commercial partnership that aims to help beneficial cargo owners and logistics firms link tracking across air and ocean shipments.

California-based Vizion offers visibility of ocean cargo, claiming coverage of 98% of all shipments, while BlueBox, headquartered in Germany, is connected to 130 airlines and some 1,600 airports.

“The supply chain challenges of the past two years have highlighted the lack of visibility cargo owners have in locating their products,” said Vizion CEO Kyle Henderson. “The impact of offering visibility across multiple modes of freight elevates business and supply chain performance in the fulfilment of consumer needs.”

For the sake of easy connectivity, both companies have taken an API-first approach to customers and partners.

Five days later, Vizion announced another strategic partnership with a software solutions provider in the logistics arena, teaming up with Vector.ai. This move links the former’s tracking capabilities with Vertor’s forwarding process automation. The exchange is fully automated through Vector’s workflows to provide actionable and comprehensive data for forwarders to use.

“Visibility is great, but forwarders need to communicate that effectively to their customers and take action in the event of a change,” said Mr Coombes. For example, a change in the anticipated time of arrival of a shipment has to trigger actions like notifying drayage and warehousing providers.

“Visibility should drive actions. We have to tie in visibility and operations,” he stressed.

The proliferation of CCSs can be a vital catalyst in this process. If shipments and the corresponding data move between airports or seaports that have CCS platforms, digital corridors can be established where data in the ecosystem at origin can flow straight to the platform at the receiving end and all parties linked to it.

“Tracking is very important; that’s the first phase of a digital corridor,” he added.

Billund Airport has outlined its plans for its future, and said it will consider a ...