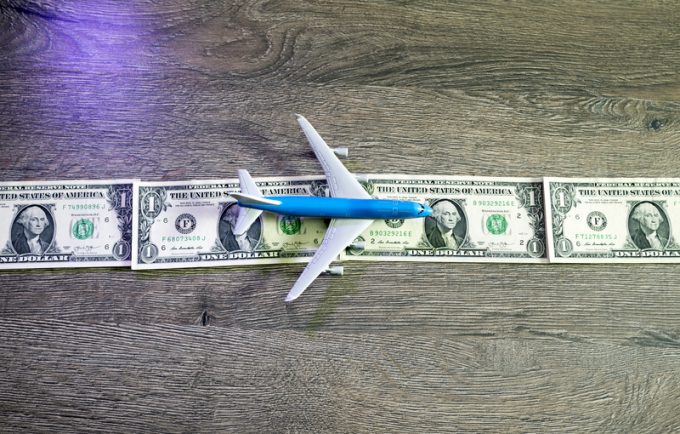 Airfreight rates out of China to the US and Europe have plummeted after December’s record holiday season.

“Rates have finally begun to cool as we enter the seasonal first-quarter airfreight trough, with 2021 seeing a much higher and more pronounced peak than in any of the three years prior,” explained Bruce Chan, senior analyst for global logistics at Stifel, for the BAI Index.

“Unfortunately, we expect little change in the situation for the new year. Ocean freight and port terminal congestion show few signs of amelioration and US road and rail infrastructure are contending with their own issues.

“As a result, airfreight is still the only option to address supply chain delays and shortages that must be addressed. And, while rates may be two-to-four times higher on average than pre-pandemic levels, ocean freight rates may be nearly 10x higher, depending on the lane.

“So, mathematically, the spread is narrower – and that doesn’t even consider the speed differential.

“While air cargo pricing should cool sequentially in line with normal seasonal patterns, we expect them to come at high double-digit premiums to even last year’s elevated rates, on a year-over-year basis,” he said.

Mr Chan noted that the Omicron variant had limited passenger travel, as well as freighter capacity in some cases (see Hong Kong), and ramp capacity. But he added that the new Covid wave had also “stoked demand for PPE shipments”.

He said: “We are experiencing the longest and strongest airfreight bull run in recent memory.

“With little relief coming to broader supply chain congestion, broad demand is expected to remain strong (eg, we believe Europe is further behind the US on the inventory recovery curve and has more ground to recover). With capacity still under pressure, we don’t expect much relief any time soon. We think shippers must continue to plan and budget aggressively, as our timeline for a moderating market continues to get pushed out.”

Gareth Sinclair, adviser to the TAC board, added: “There is currently little evidence that rates will fall significantly in the period up to Chinese New Year, as backlogs are cleared and inventories restocked. Demand for international passenger flights is expected to be subdued throughout 2022 as many regions in the world still have a long way to go in their vaccination programmes.”

And there remains some uncertainty about the coming month, with China’s zero-Covid policy restricting travel as outbreaks occur across the country in the run-up to the new year holiday and Beijing Olympics.

Peter Stallion, head of air at Freight Investor Services, said there was little stability, with pricing remaining heavily focused on the spot and charter market, rather than BSAs, as China’s zero-case policy “continues to throttle supply chains both in air and ocean freight”.

He added that capacity had further diminished because of China’s ban on passenger freighters.

One market has seen rates rise, albeit slight. While rates out of India to the US fell on 27 December, they have since risen again. One Indian forwarder said yesterday there had been a fall in volumes.

“There is a drop in cargo movement ex-India, the market is really very soft and space is available. However, rates with carriers have still not come down.”

He added that congestion had eased. Bookings with airlines must be placed 15 days in advance, however, while dwell times are three to four days.