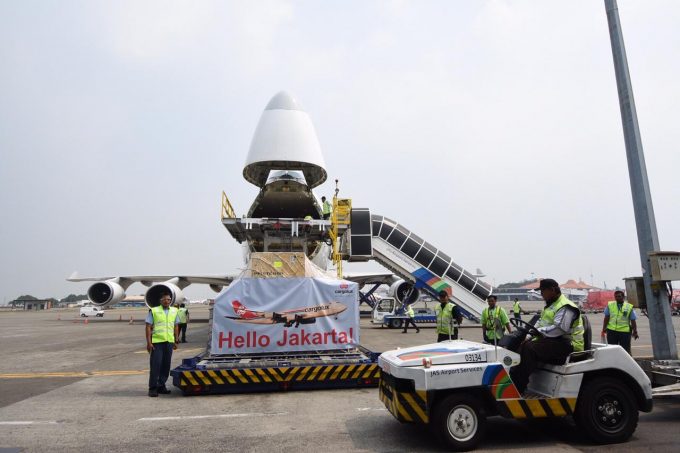 Agility will be the key for freighter operators which need to find new markets.

The latest data shows May, as expected, was another soft month in air cargo, with demand falling again, and trade tensions are not helping, but they are triggering a faster shift away from China.

“It is well known that air cargo is a cyclical business,” noted John Cheng, head of cargo markets and products for Cathay Pacific, in a note to customers yesterday.

“All signs point to the industry experiencing headwinds after two very good years, and the high base that they created. This normal fluctuation has been exacerbated by global trade tensions affecting two of our principal markets, along with other geopolitical uncertainties around the globe.

“These have clearly had an affect on both market sentiment and consumer confidence, so we are seeing lower demand on some of our main cargo routes.”

But, he added, Cathay had options.

“We can address these imbalances through agile deployment of our fleet across our wider network, enabling us to match capacity to demand.”

Cargolux thinks so too. Yesterday it announced it had launched a service to Jakarta, its 16th Asia Pacific destination.

The once-a-week flight, leaving Luxembourg on Sunday and arriving in Jakarta on Monday, then goes through Hong Kong and Ashgabat before returning to Luxembourg on Tuesday morning.

Cargolux claims it is the only maindeck direct flight between Europe and Indonesia, and it is expected to carry oil and gas equipment, machinery, spare parts and aircraft engines.

While carriers have been closely watching the South-east Asia market, owing to uncertainty in China, Indonesia is, however, not expected to pick up much of the tariff-escaping traffic.

As Muhammad Zulfikar Rakhmat, research associate at the Institute for Development of Economics and Finance in Jakarta, noted in the South China Morning Post, in fact, foreign direct investment in Indonesia nearly halved between the end of December and March this year.

He added: “Secondly, the slowdown of Asia’s largest economic power, and one of Indonesia’s foremost trade partners, only promises to reduce foreign investment further and impact raw goods exports, such as palm oil, wood, rubber and coal.

“And lastly, Indonesia’s existing trade ties with the US – commodity goods, not manufacturing – are not affected by US tariffs.”

While Cargolux has no doubt found good reason for the flight, other countries may be more attractive.

DB Schenker clearly sees value in Bangladesh, the world’s second largest exporter of apparel after China. It has opened a new entity in the country, as part of its India cluster. Previously it relied on partner Schenker Logistics Bangladesh.

A fascinating article in Bangladesh’s Daily Star points to benefits for the country from the China-US trade war, which could see it find an additional $400m of exports, according to the Asia Development Bank.

As the article notes: “The garment sector is expected to reap the most benefits, as it accounts for 80% of Bangladesh’s total exports. As the trade war escalated, the country’s garment industry observed significant growth as American retailers are placing more work orders with Bangladesh in order to offset increasing tariffs. According to the US Office of Textile and Apparel, Bangladesh enjoyed a 6.46% growth in share in the United States market during the first three quarters of 2018.”

McKinsey said in 2012 that Bangladesh’s textiles market would triple in value between 2010 and 2020 as China moved out of labour-intensive industries to higher-tech sectors. The article also argues that, as companies look to re-locate from China, Bangladesh has more advantages than places such as Vietnam and Cambodia, owing to a large population and cheaper, less unionised workforce.