There appears to be some movement in the Indian air cargo market – at last.

Local media is reporting the perhaps surprising development that low-cost carrier SpiceJet is to launch a door-to-door cargo delivery service.

Door-to-door is hardly a natural step for a budget carrier, especially one coming out of a turnaround plan. Even infrastructure-rich, full-service airlines balk at the idea of anything other than airport-to-airport.

But, Indian media says SpiceJet is investing significantly in a service which will start this fiscal year.

It is said to have placed an order for 100 less-than 3-tonne trucks, and is leasing commercial space for 40 warehouses around the country. This follows plans to order around 200 aircraft by March, both large and small, according to chairman Ajay Singh, who took a controlling stake in SpiceJet last year.

Last month SpiceJet reported its fourth consecutive profitable quarter, of R238 crore. But nowhere in its most recent investor guidance does it mention any significant investment in freight. And it has stopped listing its freight revenue as a separate item, putting it instead into “ancillary revenues”.

However, a source told India’s Economic Times: “Initial estimates suggest that the new business could be profitable, given the fact that the airline is already carrying the cargo on its passenger flights.”

The news comes as QuikJet, the ASL Aviation-owned, Bangalore-based carrier that has struggled to get off the ground, received its scheduled air operators’ permit, according to CH Aviation. Its first 737-400F arrived in India in October last year.

It has been a long slow burn for the wannabe-cargo carrier, acquired by ASL in November 2014, when ASL chief Hugh Flynn told The Loadstar that the airline expected to secure an integrator contract within a year to 18 months.

“It has been a slow start because the integrators need to work out what they want to do with their networks.” He expected Quikjet to operate with a mix of ATRs and 737s, “maybe more 737s”.

The airline was first formed in 2008 – and has never appeared to operate a scheduled service, although its website states that it serves Delhi, Mumbai, Hyderabad, Chennai and Bengarulu.

Change has been slow to get to India, but with GDP forecast to grow faster than China’s this year, the country is in the spotlight. It announced this week that its economy had grown 7.3%, year-on-year, in the last quarter and the fiscal year is expected to have seen growth of 7.6%.

E-commerce, and door-to-door is expected to be a huge focus for growth. The former head of Emirates SkyCargo, Ram Menen, has become non-executive director of Connect India, a last-mile delivery company set up last summer, which will have 15,000 local outlets by next month.

Mr Menen’s new interest in India mirrors that of his former colleague, Pradeep Kumar, who recently left Emirates SkyCargo to head Jet Airways’ cargo division after Martin Drew left to join Etihad’s passenger operation. Jet had been due to take on a freighter, but changed its mind at the last minute on advice from its Abu Dhabi shareholder, according to one source. It will be interesting to see if Mr Kumar, who has long worked with freighters, thinks the Indian market is a viable option for cargo development – as QuikJet and SpiceJet clearly do. 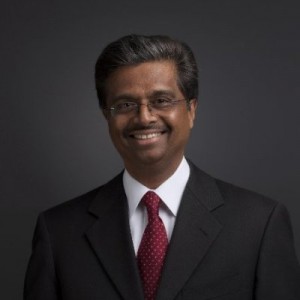 Amid a worsening Covid-crisis in India, vital medical supplies and e-commerce cargo are driving volume ...

The catastrophic rise of Covid cases in India has reignited the ships’ crew-change crisis, prompting ...

India trade on the rebound, but lack of boxes could hamper full recovery

India’s container imports came roaring back to life in the fourth quarter, but booming demand ...