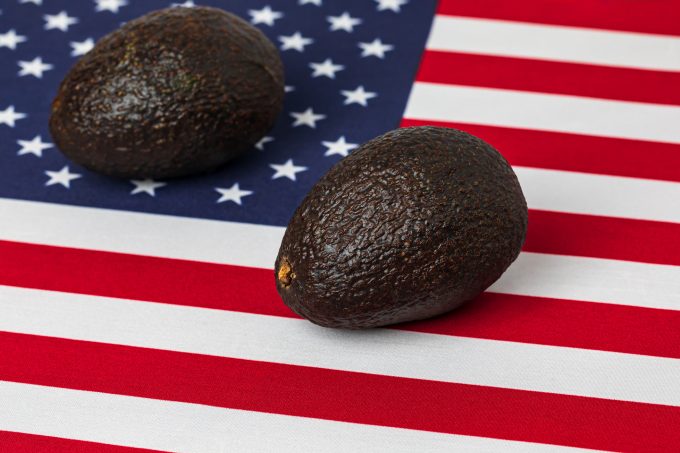 News of flight cancellations at Beijing and Shanghai airports has been yet another challenge for US perishables exporters dealing with China.

Most have reduced their exposure to this market, but it remains a major focus for many.

Even without worries about containers with perishables getting stuck far from their destinations, exporting to China has been a litany of headaches for US shippers.

Their efforts to regain lost ground because of the tariff war by the previous US administration have been frustrated.

“At a time when our farmers are still pressing to regain lost overseas markets after years of trade upheaval, the ongoing west coast port crisis and skyrocketing shipping costs are diminishing their opportunity to do so,” said Dave Puglia, president and CEO of Western Growers.

The industry group emphasised that US agricultural exporters had faced severe challenges getting their products loaded on vessels for overseas markets, pointing to congested ports, lack of accurate information from shipping lines on arrival and departure times, excessive fees and stratospheric costs.

And it warns that this predicament will likely remain in place until next year.

Other interest groups have joined the chorus: the Agriculture Transportation Coalition estimates that, on average, 22% of foreign sales by US agriculture cannot be completed because of ocean freight rates, limited capacity, excessive demurrage and detention charges and other practices.

China has facilitated access to its market for US agriculture exporters by removing a number of obstacles, the US Department of Agriculture conceded in a report issued last October. However, perishables shippers have been hit by delays at Chinese gateways due to intensified screening procedures.

“Government oversight in the Chinese market has given people pause for thought,” said Chris Connell, SVP perishables North America Commodity Forwarders, a Kuehne + Nagel company, adding that other markets in Asia have refrained from such measures. The delays caused by the augmented inspections have required a lot of extra planning, especially contingency planning, he added.

Australian perishables exporters have also lamented that the delays associated with inspections have severely impeded their shipments to China.

Meanwhile, quite a few US perishables exporters are not running at full throttle this year. Some crops have been decimated by adverse weather, but a bigger obstacle has been a shortage of labour. One processor of seafood estimated that this had reduced production by as much as 20%.

Shortage of containers has been another bugbear – reefer units and general containers used for commodities like soybeans. For this reason, agriculture industry groups like Western Growers and the US Dairy Export Council have been vocal in calling for government intervention to force ocean carriers to make containers available for exports, instead of repositioning them rapidly to Asia.

Additional concerns have arisen over the prospect of diminished sailings out of Oakland, Seattle-Tacoma and Vancouver this autumn. As shippers are wary of the congested port complex of Los Angeles and Long Beach, they have been looking to these ports for their exports to Asia.

These challenges, exacerbated by hugely increased rates for ocean and air transport, have prompted US perishables producers and distributors to pivot to the domestic market – but not entirely, said Mr Connell.

“Customers are shipping into China,” he said, adding that this traffic has grown from a year ago. “Even a tariff-riddled China market is still a growth market.”

The tariffs caused many perishables shippers to diversify and build up their exports to other Asian countries and, Mr Connell said: “We see that continuing.”

However, the ‘China-plus-one’ strategy espoused for sourcing from Asia, but also for exports to the region, is facing challenges. As one shipping line executive notes, there is sufficient ocean liner capacity to the major China gateways, but feeder connections from these to South-east Asian markets have been curtailed, causing capacity challenges to serve these.