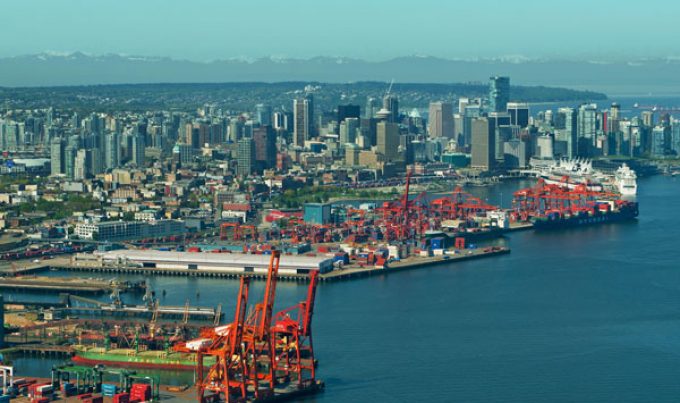 It’s a further sign that the carrier is set to focus much of its attention this year on developing its transpacific business.

The Zim North Pacific (ZNP) service will launch in April and connect a series of Chinese export gateways, as well as the southern Vietnamese port of Cai Mep and the Malaysian transhipment hub of Port Klang, with just one call on the west coast of North America, Vancouver.

Containers destined for both the Canadian and US Midwest markets will be served by rail from the port.

The line’s two other Asia-North America services, the Zim Container Service Pacific and Zim Seven Star Service, both miss the west coast entirely and service US east coast gateways – one via the Panama Canal and one via Suez, which includes a call at Colombo.

“Zim’s outstanding record of schedule reliability and ongoing focus on customer service will be further enhanced in the framework of this improved structure,” he said.

Zim remains outside the three deepsea alliances of 2M + Hyundai, Ocean and THE, which are set to begin formally operating in April. Recent announcements about Zim’s reformed transpacific network flew in the face of rumours it was looking to sell its deepsea services and focus on being a regional Mediterranean player.

Alphaliner noted that the company had a largest fleet capacity reduction of any major line last year, reducing its operated capacity by 14.8% in response to the dramatic declines in freight rates.