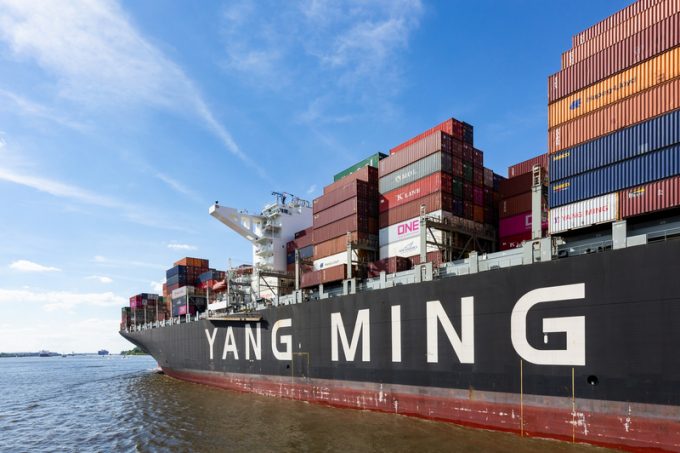 Taiwanese shipping line Yang Ming has said normal cargo operations had resumed on the YM Eternity, which had been arrested in Sydney on Sunday.

“YM Eternity has been released from arrest on 10 February and normal cargo operation has been resumed immediately,” a corporate communique said today.

The carrier apologised to customers and claimed the Australian Maritime Safety Authority had arrested the YM Eternity “in a way that caused unnecessary and maximum inconvenience to Sydney customers on a Sunday and without any notice”.

The vessel was arrested after the Australian Maritime Safety Authority (AMSA) petitioned the country’s federal court, claiming the shipping line had refused to pay clean-up costs following the loss of 81 containers into the sea from the 4,250 teu YM Efficiency in June 2018 off the Australian coast.

AMSA said 60 containers had been identified, another five recovered and 16 remained unaccounted for.

It has signed a A$15m (US$670,000) contract with Ardent Oceania for the removal of the 60 boxes, while “the anticipated cost to locate and clean-up the remaining missing 16 containers is a further $5m, bringing Yang Ming’s debt to $20m”.

However, Yang Ming responded that its anti-pollution efforts had been sufficient.

“Yang Ming and our insurer responded quickly and effectively to the incident with the immediate allocation of very significant resources and manpower to the loss of the containers and their contents.

“Yang Ming has been ever since committed to keeping the Hunter Coast pristine and working with the New South Wales government to ensure all debris that could possibly be associated with the incident is cleaned up within hours of its being reported – even if it was not actually from cargo on the ship. These clean-up operations were at very large expense, all paid by Yang Ming and our insurer.”

And it also claimed that, for a significant number of containers lying in deep water, their removal would be more environmentally damaging than simply leaving them untouched.

“The operation to remove the containers shall result in plastics within the containers being released into the ocean. As a consequence, these experts have recommended, considering all the environmental factors, the containers are best left on the sea floor pending further monitoring of the release of plastics,” it said.