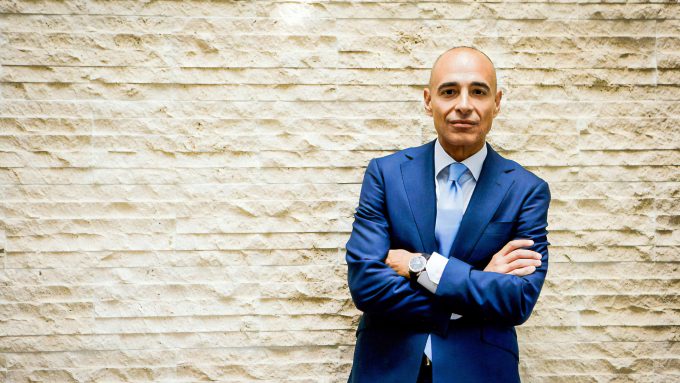 In the clearest sign for a couple of years that it could be about to return to the mergers and acquisitions (M&A) trail, XPO Logistics today announced the appointment of Aris Kekedjian (pictured above) to its board.

Mr Kekedjian’s experience of M&A during a 30-year career with US industrial behemoth General Electric was cited as a key factor in his appointment by XPO Logistics chief executive Brad Jacobs.

“Aris has three decades of Fortune 20 experience and has executed M&A transactions with a combined value of over $300bn. His C-suite background adds a strong global component to the financial acumen of our board,” he said.

His appointment would appear to lend weight to The Loadstar’s assertion last week that the company is preparing to return to the M&A arena, having spent the last few years on the sidelines.

Mr Kekedjian served as chief investment officer at GE from 2016 to 2019 and was instrumental in the $30bn merger between GE Oil & Gas and Baker Hughes, which combined industrial service operations in 120 countries.

He has also led acquisitions in disruptive industries, including the industrial Internet of Things, 3D printing, life sciences and renewable energy. His earlier positions at GE include: global head of financial portfolio management and M&A for GE Capital; chief financial officer of GE Banking and Consumer Finance (GE Money) for the Europe, Middle East and Africa (EMEA) region; and chief executive officer of GE Capital for the MEA region.

Mr Kekedjian has joined the XPO board as an independent director – the board now consists of nine directors, eight of whom are independent.

He formerly served on the board of directors of transportation geo-technology provider Maptuit (now Verizon), and on the advisory board of enterprise software company eMOBUS (now Asentinel).

He also advises global companies on finance and M&A strategies.