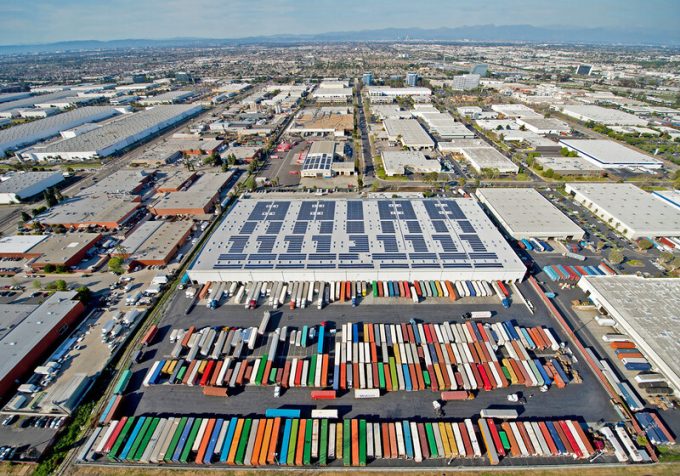 US inventory levels are set to rise more than previously anticipated, driven by shippers’ change in supply chain strategy.

Warehouse capacity, already under strain, will be under further pressure as a result and is unlikely to abate until 2023, according to new predictions.

Logistics real estate giant Prologis has raised its projections of inventory levels in the US to 10%-15% above last April, when it expected them to rise 5%-10%.

This means Prologis will need to match this growth by expanding its facility portfolio by the same percentage, said CEO Hamid Moghadam at a Prologis supply chain event in San Francisco.

She believes under the impact of the pandemic and subsequent supply chain disruptions, manufacturers have shifted away from the just-in-time model, and now favour larger inventories to better withstand supply chain shocks.

“What companies are thinking about now is needing just-in-case inventory,” she explained.

Mr Moghadam noted that Prologis had the financial wherewithal to build $20bn-worth of new warehousing – however, this will not be enough, he said.

Developers are facing headwinds: to begin with, the hottest real estate – in urban centres – offers scant possibilities for new construction, and Prologis recently said high-density areas like Atlanta, Chicago or New York were “effectively sold out”. In addition, resistance from communities and residents against warehouse development and associated truck traffic has also increased.

Mr Moghadam suggested converting vacant retail space into warehousing and building multi-storey facilities might be possible options to boost capacity. There has been some talk about converting abandoned shopping malls into distribution centres, but Prologis’s own research this year came to the conclusion it would not generate a large amount of warehouse space.

According to one report, demand for warehousing space is also rampant in second-tier urban markets, like Las Vegas or Phoenix. However, e-commerce operators, which have been leading the charge to add capacity, are increasingly targeting metropolitan centres.

Amazon, for one, has added warehouses in, and flights to, large cities over the past couple of years, after it had earlier focused on smaller communities.

The e-commerce behemoth remains a formidable competitor for warehouse space. According to a report from early October, it recently added seven warehouses in Michigan, four in the mid-Atlantic region and two in Maryland, as well as a fulfilment centre in Tijuana.

In the UK, 3.4 million sq metres of warehouse space is planned this year, 60% higher than in 2020. Amazon has signed up for 18 facilities in the UK this year.

Mr Moghadam does not see relief in the warehouse market until the latter half of 2023. This tallies with predictions at the Council of Supply Chain Management Professionals’ conference in September. A panel of real estate experts at that event predicted warehouse shortages would remain for another two years.

Prologis to combine with Duke Realty in $26bn all-stock deal