Volga-Dnepr 'no-brokers' edict splits industry: a lack of trust, or a wise move? 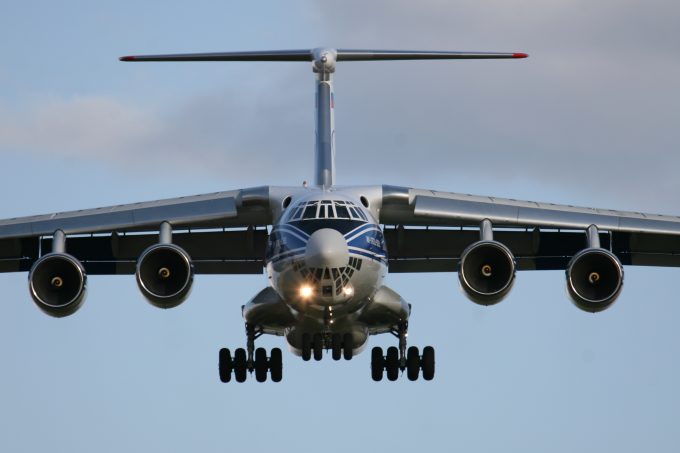 Volga-Dnepr’s decision to stop using brokers for its Antonov and Ilyushin business has divided the market.

Many forwarders are supporting the decision – as one major forwarder told The Loadstar: “What VDA chooses to do with brokers is its own business.

“As we don’t go through brokers for charters, but approach carriers directly, I don’t see anything changing in our approach with VDA.”

And as that forwarder suggested, LSPs don’t necessarily need brokers and often see them as simply another layer of cost.

Others, however, have reacted badly.

Several forwarders noted over the weekend that they believed Volga-Dnepr was “going after shippers”, and so are fearful of losing business to the carrier.

The controversial decision seems to have sparked a lack of trust – which in some cases has been exacerbated by the way in which Volga-Dnepr communicated the new edict: an email to customers who have used the carrier for nearly 30 years was insulting, they said. The news via Whatsapp is even worse.

However, there are some reasonable arguments behind the airline’s decision. The aircraft in question are generally used for projects – oil and gas, Boeing, government work – it’s easy and simpler to talk directly to the shipper.

And, as Stan Wraight, president and CEO of Strategic Aviation Solutions International, puts it: “Cutting out brokers? In a field where only two airlines play, is that surprising?”

He put forward a cogent argument.

“Think about the return on investment. The airlines have all the capital costs and risks. And yet there are so many layers making money in the distribution channel, something had to give.

“The shippers and consignors are known, cost-conscious and want the best service and usually stay involved in all phases. They have demanded transparency in pricing; they are not ignorant.

“So you’ve got the shipper, consignor, forwarder, the broker – and then, and only then, the airline comes in to the revenue chain.

“It makes no sense to me in today’s competitive world. If brokers and forwarders accept reality, and understand that complete transparency is demanded in every element of air cargo today, such disputes need not occur.”

He concluded: “Either add value, and make yourself indispensable – or get out of the business.”

But Mr Wraight also noted that many of the lines between service providers had become blurred – why shouldn’t carriers sell their space directly to those who know how to manage it?

After all, he said: ”The whole world is changing. Forwarders and brokers are now increasingly flying their own controlled 747s – DHL, Flexport, Panalpina – and I would imagine there is more to come. Then there is the BMW traffic on a 747 between Germany and Greenville-Spartanburg, no doubt there will be more of that to come too.

“Should airlines boycott and react furiously in the press against these forwarders and brokers?”

Several people have cited the KLM shipper story, when talking about Volga’s decision to ‘deal directly’. The story that in the late 1990s KLM tried to deal directly with shippers – and came a cropper as a result – is actually an urban myth. One Mr Wraight has tried to explain, patiently, for years.

“The press may have said at the time that it was about direct shipper contact, but in fact, it was actually a refusal by KLM to pay global overrides to two major German forwarders, which gave them a huge advantage over KLM’s core clients: the small and regional forwarders who were so loyal to KLM.

“KLM Cargo did not lose a heartbeat or a dollar in that period; the clients who were loyal KLM customers knew the truth about the policy and stuck with KLM throughout.”

Mr Wraight cbelieves change is good for the industry: “Without change, the mediocre catch up.

“So for those who question the VDA move, change your business model, and add so much value that it does not matter.

“If you cannot hold on to clients when such decisions are made, know the solutions and consequences, and do something constructive to make yourself invaluable.”