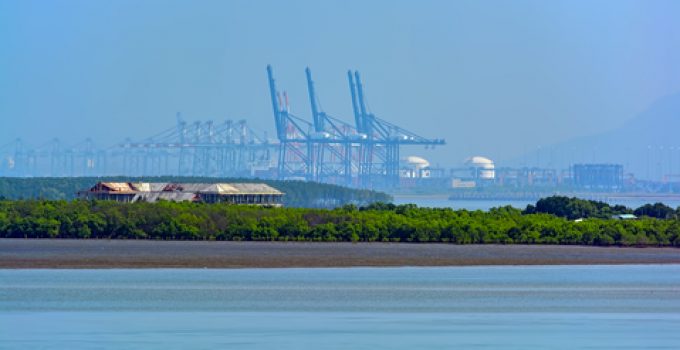 The 12,000 teu Seroja Lima was welcomed by the APM Terminals-operated Cai Mep International Terminal (CMIT), the second-largest of the port’s four competing facilities and boasting a 25% share of volumes.

Jan Bandstra, CMIT’s general director, said the port’s volumes had grown hand-in-hand with Vietnam’s strong GDP growth and the “unprecedented” surge in exports, largely to the the US. CMIT now boasts two 2M transpacific services, one each to the US east and west coasts,  as well as two similar services from the Ocean Alliance.

“For the past four years, we’ve seen over 20% volume growth on the on mainline services, predominantly on the transpacific trades,” Mr Bandstra told The Loadstar. “So there is no under-utilisation of the terminals at the moment; if you take them all together, utilisation is now at around 90%.”

That’s a far cry from 2015, when, six years after opening and still running at just 35% of capacity, the port was frequently described by some analysts as the ‘white elephant’ of the port development world and a key example of poor planning and overcapacity put down to the pre-financial crisis credit boom.

The terminal operators may now be having the last laugh, however.

Whereas shippers preferred the river terminals of Cat Lai port, 50km north in Ho Chi Minh City, these facilities are now “full to the brim”, said Mr Bandstra, paving the way for larger ships and direct calls at Cai Mep.

As a result, of the 11m teu handled in south Vietnam last year, Cai Mep handled 3.7m teu, up 25% year on year, with the volume shift out to Ba Ria-Vung Tau province likely to continue unopposed.

And as Vietnam’s volumes have grown, so has the average ship size calling, according to Mr Bandstra.

CMIT is the only Cai Mep terminal licensed to handle ultra-large containerships of 18,000 teu and above, he added, and the terminal did handle such ships for CMA CGM’s Asia-Europe Ocean Alliance call for six months last year, before the service was replaced and the vessels switched back to 14-15,000 teu.

“I think that was too large for the volumes handled at the time, as with that size you want to do 4,000-5,000 moves, but the actual calls involved roughly 1,000-1,500. But I expect, as a result of the EU-Vietnam free trade agreement, there will be more larger vessels and more direct calls,” added Mr Bandstra.

CMIT already faces strong competition from Tan Cang-Cai Mep International Terminal, which claims the largest market share at the port and is a joint venture between Saigon Newport, MOL, Wan Hai, and Hanjin Transport, and receives backing from ONE and THE Alliance.

Despite the surging volumes, however, Mr Bandstra said there was room for improvement at CMIT in terms of road and barge connections to the region’s main manufacturing hubs.

“From a shipper’s point of view, to truck containers from their warehouse to Cai Mep is still three-to-four times more expensive than using the barges. It’s a bit faster, you have a bit more flexibility and you don’t have the ICD stopover, but it’s much more expensive,” he said.

“To improve optimisation, at CMIT we introduced a barge appointment system to get better utilisation of our STS cranes.” 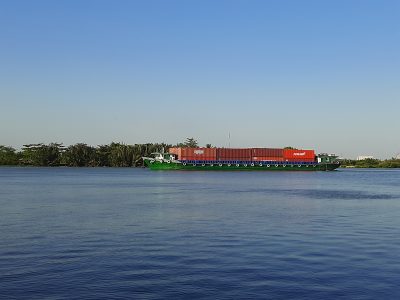 Meanwhile, with rising costs, the US-China trade war and now the coronavirus pandemic likely to accelerate the supply chain diversification from an over-reliance on Chinese suppliers, Vietnam stands to benefit from any additional manufacturing shift into South-east Asia.

“Samsung is changing the manufacturing of its screens from China to Vietnam. I think it’s a strong indicator that there’s a high level of trust in the Vietnamese manufacturing capability,” Mr Bandstra said. “So whatever happens in the geopolitical and economic disputes, I think Vietnam is positioning itself as a very good alternative.”

One opportunity would be to develop more free trade zones, he suggested.

“For example, you have a deepsea port in Ba Ria-Vung Tau, but all the manufacturing is happening much further inland. I think the two activities could live side by side where it ferments the growth and development in the manufacturing.”