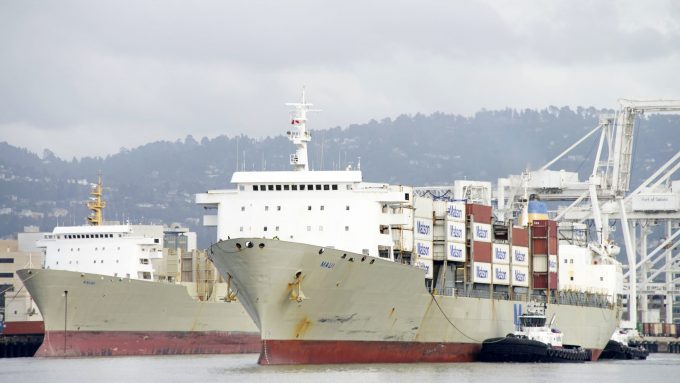 is encouraging The US should decarbonise its domestic Jones Act fleet by 40% using solutions available “before the end of this decade”, says a University Maritime Advisory Services (UMAS) report.

It also includes a suggestion that it could replace 17% of those ships with battery-powered vessels.

The Maritime Fleet of the USA—the current status and potential for the future report, commissioned by the Ocean Conservancy, says some 24% vessels operating in US waters are ready for decarbonisation now.

This could involve technology “already available”, requiring “minimal infrastructure updates” and is possible “[without] needing to scrap and rebuild ships ahead of schedule.”

The Pacific, Gulf of Mexico and the Great Lakes regions are the “top candidates” for zero-emission fuels.

UMAS, a partnership between commercial advisory service UMAS International and University College London’s shipping team, estimates that some 17% of Jones Act ships could be fully electrified, rather than using alternative fuels, .

The Loadstar discussed last week how FleetZero, which has designed a containerised battery system, is pitching battery-powered vessels for the US coastal market. These could be introduced to vessels in an incremental way, with minor retrofits, by sacrificing a portion of cargo space, all the way up to purpose-built, fully electrified crewless newbuilds

FleetZero has also suggested that electrified vessels of between 4,000 and 6,000 teu could revitalise smaller ports across the US, and take trucks off the road.

UMAS suggested that the Jones Act would be beneficial for the adoption of new low-carbon fuels, since “…by already relying on US production, the domestic fleet can introduce new zero-carbon vessels as older ships are decommissioned or retrofitted on existing schedules.”

Delaine McCullough, policy manager for Ocean Conservancy’s shipping emissions programme, added: “The US is calling for the ambitious goal of 100% zero-carbon global shipping by 2050, and this report explores how we can lead the way through actions that decarbonise the US domestic fleet.”

Claiming a new concept for shortsea shipping, FleetZero, says it offers an alternative to the ...

Too late to avert climate change, says IPCC – and switch to LNG may be costly

In its latest report on global warming, released today, the Intergovernmental Panel on Climate Change ...