News / Too late to avert climate change, says IPCC – and switch to LNG may be costly 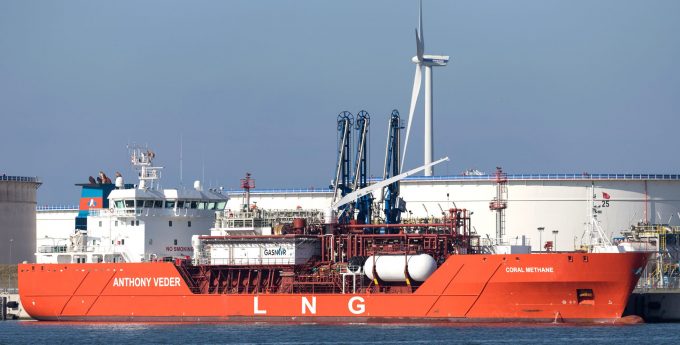 In its latest report on global warming, released today, the Intergovernmental Panel on Climate Change (IPCC) has highlighted mankind’s role in the changing climate, with average global temperatures in 2011-2020 at 1.1˚C higher than levels in 1850-1900.

Climate science has improved and the strength of the evidence requiring rapid decarbonisation has become increasingly difficult to resist, with shipping and aviation in the forefront of the debate around alternative fuels.

The IPCC’s Sixth Assessment Report reinforces many details already well known of the risks from dangerously high increases in average temperatures. It requires a rapid response from both regulators and corporations to achieve the Paris goals of maintaining global average temperature changes at or below 1.5˚C.

As a result, the decision by some shipping lines to use LNG as a transitional fuel will come under greater scrutiny, and likely bring forward increases in the price of the fuel, compared with zero-carbon alternatives. Moreover, pressure on governments to change the energy dynamic with regard to fossil fuels and zero-carbon fuels will also increase.

Dr Tristan Smith, of University College London, told The Loadstar: “The report further refines understanding of the role of different emissions species in causing climate change. Methane, as already known, is more potent (per tonne emitted) in causing greenhouse affects. And, therefore, is identified in many of the scenarios that minimise risks of dangerous climate change as the subject of intensive mitigation effort in this and future decades.”

The effects for shipping in general, and for vessel operators that have chosen LNG as a transitional fuel, could prove costly.

Dr Smith cautioned: “The consequence of these clarifications is further impetus to regulate methane at all points of its emission – both in the production and use (eg, in shipping). Some governments may choose to abandon incentives for methane and increasingly regulate against fuels and processes that involve its emission. Others may regulate to reduce the levels of methane emissions that occur through its use.

“That is then likely to increase the cost of LNG as a fuel, and the cost of equipment that consumes methane. Both of these steps would be rationally taken regardless of whether the methane has been derived from natural gas, biogas or synthetic manufacture. And this creates risks for those investing in LNG-related assets.”

Today the IPCC emphasised that the scientific evidence behind the analysis of climate change, including its causes and effects, was now more robust than when it last reported, in 2013.

“Some of the improvements of the latest iteration of the IPCC’s long-running work include the increased certainty of the scientific causes and effects relating to climate change, as well as the increased evidence base for attribution. Both of these will be important as new evidence in legal challenges to governments and corporations perceived to be failing to take action (such as the challenge to Shell in the Netherlands this year),” explained Dr Smith.

The report says average global temperatures have already exceeded 1.1˚C ,“and that for all future scenarios, experiencing a global average temperature rise of 1.5 is expected by 2040 and may occur sooner”, he added.

Dr Smith said: “This means there can be no legitimate argument (by governments and corporations) that there is still time to consume fossil fuels and emit anthropogenic GHG emissions while considering how best to transition away from their use – we are already too late to avert dangerous climate change, and can only now manage the amount by which we overshoot our stated target.”

US shipping fleet ripe for decarbonisation – and we can start now

is encouraging The US should decarbonise its domestic Jones Act fleet by 40% using solutions ...

Increased doubts about the future of LNG as a compliant marine fuel against a backcloth ...