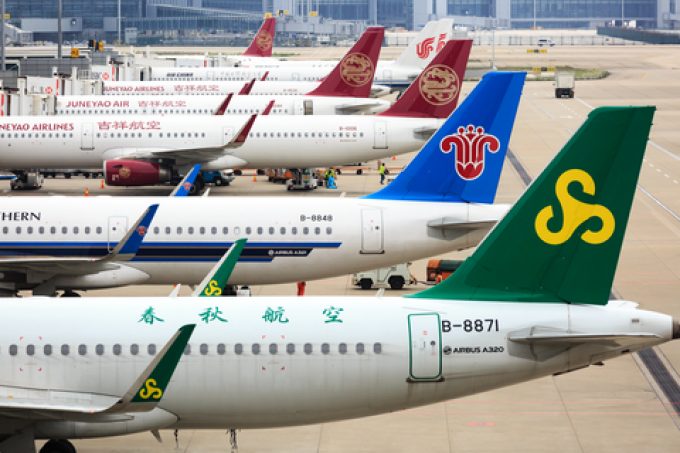 As forwarders predict a September take-off for the air freight peak season, cancelled passenger flights between China and the US could put a squeeze on transpacific capacity.

Last week, the US government suspended 26 China-bound September flights from Chinese carriers in a tit-for-tat response to the Chinese government’s move to cancel flights by US carriers over Covid cases.

The impacted airlines include Xiamen, Air China, China Southern and China Eastern, while the US airlines are American, Delta and United.

The reduced capacity could hit cargo markets even harder after the summer slack season if China responds by cancelling US-bound flights, according to a Chinese forwarder in Shanghai.

He told The Loadstar: “We’re assuming airfreight in September could be very challenging for the US market, as most of the flights for American and Chinese carriers could be cancelled; we’ll have to see what happens.

“Overall, the market has been pretty flat recently for outbound cargo to both the EU and US. This week, rates ex-PVG [Shanghai] to Europe started to increase, but not from other origins, so it’s not certain yet if this is an ad-hoc increase or if it could last longer.”

Indeed, according to Dimerco, Asia’s airfreight market has been “stable” over the summer, but it too is predicting the market to pick up next month.

The forwarder said: “Rates are stable for South-east Asia to the US and Europe, but are expected to increase next month, due to more passenger luggage taking up cargo capacity as well as the traditional peak season approaching.”

However, Dimerco said China’s airfreight market was “soft, with declining rates, as export volumes continue to decline, even with flight cancellations into the US and Europe”.

It added: “With heat waves in China subsiding, and new tech products, such as an iPhone, launching in September/October, it may suggest a peak season start at around the third week of September.”

Despite the “soft” summer for airfreight, in its latest analysis WorldACD notes how the market may simply be returning to pre-Covid norms. It said: “Demand this year is similar to pre-Covid, but the difference is that we are actually experiencing a normal seasonal summer slack period, as opposed to the relentless demand and capacity shortfalls of the previous two years.”

Furthermore, WorldACD said, last year’s “exceptional” volume performance from North Asia had skewed the data somewhat. For example, the analyst has recorded negative growth rates globally since March, including -11% in July, but volumes from North Asia are still only 1% below 2019.

It added: “Other reasons for the relative decline this year in North Asia volumes include Covid-related shutdowns in parts of China, disruptions and sanctions related to Russia’s invasion of Ukraine, a relative easing of ocean freight congestion and some softening of consumer and business confidence.”

For more on this topic, listen to this clip of TAC Index MD Peyton Burnett on the latest Loadstar Podcast.