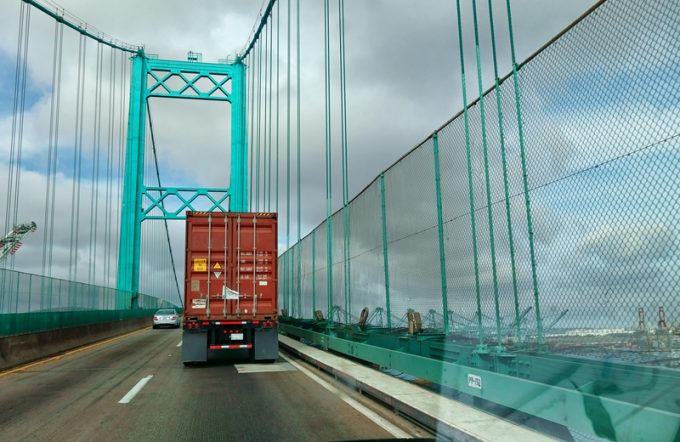 The battle over the status of truck owner-operators in California is in limbo, after a court order shielded truckers, temporarily, from new state legislation introduced on 1 January.

US trucking firms gained the last–minute reprieve from the controversial Assembly Bill 5 (AB5) on 31 December, when a US District Court judge in the state issued a restraining order exempting the trucking industry from the law until the next court hearing on the issue.

The bill casts doubt on the status of tens of thousands of contractors and was formally signed into California state law in September. It followed a ruling of the California Supreme Court in 2018 after a legal battle.

Under AB5, a company that classifies a worker as an independent contractor must prove the person is free from the control and direction of the hiring company, that the work is outside the usual course of the company’s business and that the worker is engaged in an independently established trade or occupation.

This is aimed at the ‘gig economy’: firms that rely on contractors may be forced to reclassify them as employees – with the commensurate benefits – if they fail to meet the three criteria in AB5. By most estimates, tens of thousands of workers currently employed as independent contractors would have to be reclassified.

The California Trucking Association (CTA) has been one of the most vocal opponents of AB5. It argues that the legislation “threatens the livelihood of more than 70,000 independent truckers”.

CTA attorney Robert Roginson argued it “imposes an impermissible burden on interstate commerce under the US Constitution’s commerce clause and infringes upon decades-old congressional intent to prevent states from regulating the rates, routes and services of the trucking industry”.

Export interest groups have also voiced opposition. The Agriculture Transportation Coalition regards the legislation as “a threat to US competitiveness in the global market|”.

Peter Friedman, the organisation’s executive director, said: “To be competitive in the Asia Pacific and global marketplaces, our exporters require transport and ports to be affordable and efficient. Already, California gateway ports, upon which so much US agricultural exporters depend, are losing market share.

“By leading to significantly higher trucking costs in California, AB5 would accelerate this trend, undermining access of US agriculture to our foreign markets.“

The CTA has mounted a lawsuit against AB5, arguing that the law is “unconstitutional”, being in direct conflict with the Federal Motor Carriers Safety Act and the Federal Aviation Administration Authorisation Act of 1994. It contends that independent contractors are essential for carriers to meet fluctuating demand.

Uber and courier firm Postmates have also challenged the legislation in court, arguing it is unconstitutional.

However, the Teamsters labour union, which has fought protracted legal battles with FedEx over worker classification, disagrees: “It’s clear that this is a case of greedy corporations pulling all stops to avoid complying with the law,” said Joint Council 7 president and international vice-president Rome Aloise.

The union has also turned its fire on the CTA lawsuit, claiming drivers have been chronically underpaid as independent contractors.

The court order on 31 December was issued in response to a request from the CTA seeking a delay in the implementation of AB5. The legal battle will continue at the next hearing, scheduled for 13 January. However, it is unlikely that the outcome will mark the end of the legal tug-of-war over the law, which will probably exhaust all legal possibilities.

But some operators are taking steps to prepare for the implementation of AB5. According to one report, drayage companies in California have been managing more freight through their brokerage divisions.