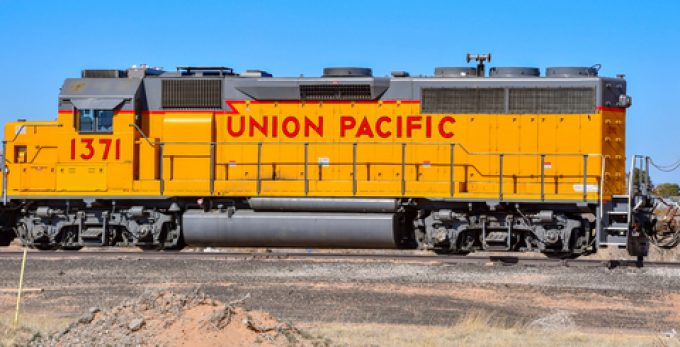 The largest US rail carrier received heavy criticism at a two-day hearing in Washington this week about its excessive use of embargoes.

Executives of the Surface Transportation Board (STB) and shipper and labour representatives laid into the top brass of Union Pacific (UP), accusing the carrier of failing to meet the ‘common carrier obligation’.

This year, UP has levied more than 1,000 embargoes on freight, more than all the other Class I railways combined.

Shippers who testified at the hearing and STB officials were unanimous that embargoes were meant for unexpected situations and disasters that seriously impact rail operations. However, UP has used them increasingly to reduce network congestion, they claimed.

The carrier’s management presented a different interpretation, arguing that an overload of the system that threatened to affect service levels for many customers constituted an emergency situation for the railway and its customers.

In 2017, UP used five embargoes, but subsequently, particularly over the past year, its use of embargoes has soared, raising concern among shippers as well as at the STB.

Several shippers at the meeting said UP’s use of embargoes amounted to “a failure of the railway to meet the common carrier obligations” that bind rail carriers to carry freight tendered, provided it has reasonable terms and conditions.

Mike Seyfert, president and CEO of the National Grain & Feed Association, acknowledged that the size and complexity of UP’s network might delay recovery of service standards, but added that members of his organisation fear the carrier’s actions might be unfairly placing the cost burden of these efforts on customers  which have suffered lost business and increased costs as a result of the embargoes.

“We strongly urge against the use of embargoes as a business practice when the system becomes congested because of the actions of the railroad,” he said.

STB chairman Martin Oberman noted that BNSF had also used embargoes, but unlike UP it gave shippers end dates for these, whereas UP’s embargoes were open-ended, making it difficult for shippers to plan ahead, he said.

STB officials also argued that customers’ business was negatively affected by the embargoes while UP continued to make money, contrasting sunshine on the side of the railway with it “raining cats and dogs” for customers.

However, UP CEO Lance Fritz argued that his company was also affected, suffering like its customers, and added: “Our productivity is lousy this year and our service is not good.”

STB officials and labour union representatives pointed to what they described as a direct link between the rise in embargoes and reduced staffing levels, while rail car velocity remained largely unchanged over the period, but Mr Fritz argued that labour cuts were never a target, per se, and that efficiency improved as a result of the reduction of unproductive work.

The STB had called top brass of all US Class I railways to Washington for a hearing in April to discuss poor service levels, and it was noted that there had been improvement since. However, Mr Oberman challenged UP’s use of embargoes to deal with what it called ‘excess inventory’.

He noted that US policy was to increase the volume of cargo on the rail and asked: “How can your customers grow their business if you’re telling them ‘you’re putting too much stuff onto the rails’?”

As far as shippers are concerned, what Mr Fritz referred to as “excess inventory” was increased demand that UP could not meet because of its previous cuts.

STB members emphasised that the point of the hearing was to find solutions rather than find UP in violation of common service obligations, which would open the door to lawsuits from customers.

It will be interesting to see if UP’s use of embargoes will diminish significantly in the coming months. As economic indicators are pointing to lacklustre growth, the company should benefit from some tailwinds to whittle down the “excess inventory” in its system.