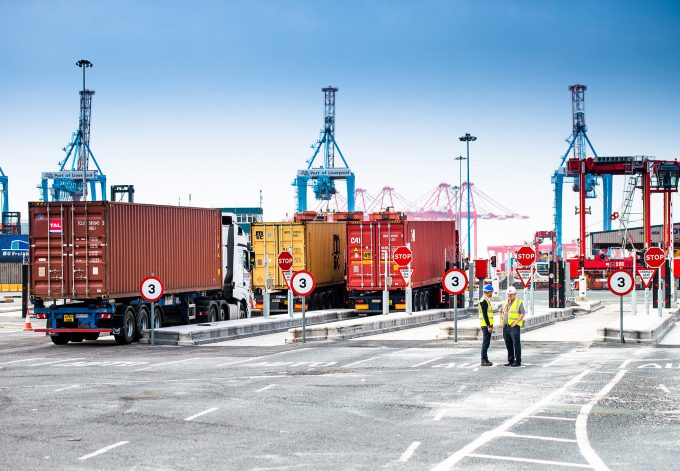 Peel Ports has been condemned for timing a planned restructuring of its container division on the eve of industrial action, the move described as “revenge” for the strikes.

The port of Liverpool operator announced it would begin a redundancy consultation process this week, following a “marked deterioration” in throughput, with expectations of significant job losses.

A spokesperson for Peel Ports said: “We are exploring a number of different options to try and protect as many jobs as possible, including redeploying staff in other areas of the business.

“While this is an extremely regrettable situation, as a responsible employer, we need to restructure now in order to minimise the potential greater impact the downturn in container business will have on jobs further down the line.”

Peel expects the present economic turmoil, which has led to a cost-of-living crisis in the UK, to result in a substantive fall in disposable income for 12-24 months.

In recent months, the port’s volumes have dropped in line with overall European container movement declines of 4.6%, alongside a 50% fall in charter rates, which Peel’s spokesperson said was indicative of a “rapid decline in throughput over the next few months”.

“We’ve invested heavily in building a business which has changed the outlook and prosperity for the Liverpool, creating growth and jobs across the supply chain,” added the spokesperson. “Our aim is to grow the business further and create more jobs, not lose them.”

However, with the announcement coming just days before a fresh wave of strikes begins tomorrow, critics have called it “bully boy tactics” to disincentivise industrial action.

One source said the timing was meant to serve as “intimidation” for workers on the eve of strikes, while another claimed it was indicative of Peel’s unwillingness to negotiate in good faith as workers seek a pay rise in line with surging inflation.

Unite union general secretary Sharon Graham said: “Peel’s plan is to pile up even more profit at the expense of its workers and their families. These months-old plans are nothing new and have ensured this dispute is now about jobs and pay.

“It is a cynical attempt to intimidate workers. It will not work. Maybe if they spent more time solving the dispute, as opposed to attacking workers, they’d be in a better place.”

Peel did not respond directly to the intimidation claims, but a spokesperson said Unite was “fully aware of the challenging economic climate and downturn in containers”, and added: “This makes turning down a 10.2% pay offer more perplexing, but the start of redundancy consultation is extremely regrettable, but now unavoidable.”

The port’s decision is in stark contrast to a little over a year ago, when MD David Huck told The Loadstar it had begun a recruitment drive for 150 new employees as part of a major expansion plan.

Container haulage specialist Reformation Logistics’ director, Tim Matthews, told The Loadstar: “Without the port functioning as it has been, it will be devastating and a lot of hauliers will suffer, Liverpool will suffer.”

Both Peel and Hutchison, which operates Felixstowe, have faced a significant backlash over the way it is claimed they have handled a series of strikes since the summer. One forwarder told The Loadstar the operators had been “disingenuous” with their offers to workers and had they looked at economic forecasts, they would have wrapped up the dispute months ago at lower rates of inflation.

Nonetheless, the forwarder added, volume downturns had muted the effect of recent strikes, but said a lesson could be learned from DP World, which seemed to have balanced profits and worker needs.

Indeed, just a few days after Peel’s notification of a pending redundancy consultation, DP World announced it had started work on a fourth berth at its London Gateway hub, creating 1,000 jobs currently and a likely 12,000 more on its completion in 2027.