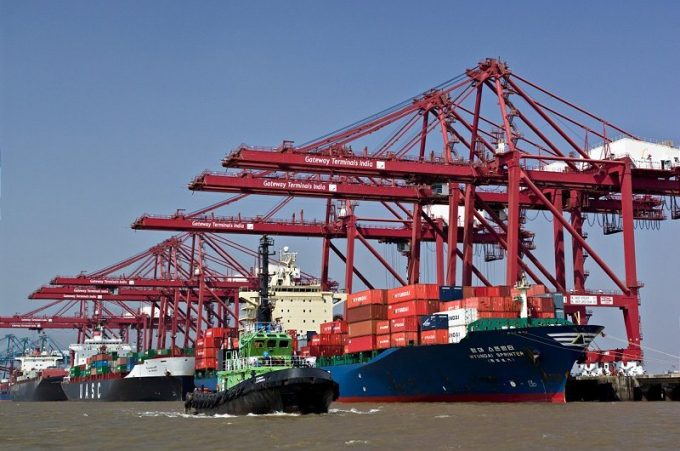 There seems no end in sight to the congestion choking India’s ports.

According to the Container Shipping Lines Association of India (CSLA), tens of thousands of uncleared import containers are clogging supply chains amid the nationwide coronavirus lockdown.

“Similarly, about 50,000 teu is lying uncleared at Chennai,” he told The Loadstar. “And other ports, like Hazira for instance, are completely congested and have been forced to close their gates to imports and exports.”

But, while intended to alleviate financial hardship for shippers, the leniency policy appears to have backfired.

“[It] has proved counter-productive, with most importers and consignees using the containers as free warehousing as the factories are shut,” explained Mr Vaswani.

He said the resulting congestion was also detrimental to the country’s exports, as there is very little space left at ports, CFSs and inland container depots to handle export volumes.

Carriers’ equipment is also being blocked by the uncleared cargo, Mr Vaswani added, leaving few available boxes for exports, which have shrunk by over 90% due to the factory closures and inland supply chain bottlenecks.

“Lines continue to service the trade, but the vessels essentially call just to discharge import loads and then sail out light, in view of negligible export loads,” he noted. As a result, he said, carriers’ costs per unit were increasing, forcing them to blank sailings and add to their financial losses.

“Ships remain idle at a huge cost,” said Mr Vaswani. “Active consideration therefore needs to be given by the government and terminal operators towards the reduction in vessel-related costs by at least 25% immediately, to encourage lines to maintain service levels during the current critical period.”

The congestion has also prompted concerns by some freight forwarders that India’s logistics sector will appear “unreliable” during a time of crisis.

Naveen Prakash, director of Global Logistics Solutions India, said: “The fact remains there are not many truck drivers and very stringent conditions on running factories, which is a great recipe for port congestion.”

Only medical and essential goods were allowed to be transported before 20 April, according to Mr Prakash, so “desperate” shippers quickly turned to airfreight.

“Until the pressure eases out of these [port] gateways, the situation will remain very challenging,” he noted.