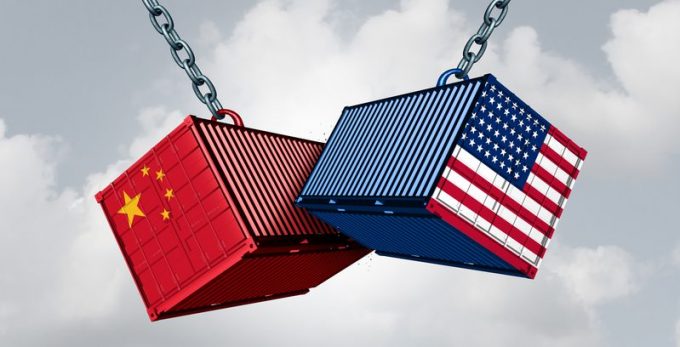 The sharp escalation in the US/China trade war could see some short-term front-loading gains for transpacific carriers on the headhaul route, but it spells trouble longer-term, particularly on the backhaul.

Hitting back at President Trump’s Twitter announcement last week of a 10% tariff on a further $300bn worth of Chinese imports into the US from 1 September, Beijing today instructed state-owned companies to suspend all imports of US agricultural products.

Drewry said the renewal of the trade war hostilities could give the transpacific peak season a temporary fillip.

“We expect to see a brief spike in transpacific freight rates – specifically to the US west coast as the quickest route to the market – in the first half of August,” said the consultant.

Friday’s Shanghai Containerized Freight Index (SCFI) recorded a 10.9% jump in spot rates from China to US west coast ports to $1,589 per 40ft, although rates for US east coast ports were unchanged on the week at $2,801 per 40ft.

Drewry said last year’s trade wars had resulted in a “cargo rush” to beat the 25% duty, leading to a surge in freight rates, but with the latest round of tariffs cargo owners have a much smaller window.

It said: “With transit times between China and the US west coast taking approximately 14 days, there is only a small window during the first two weeks of August for shippers to arrange front-loading to beat the 1 September deadline.”

However, it added, the US president’s threat of even higher tariffs in his aggressive stance of “taxing the hell out of China” until there is a trade deal, could see the front-loading process extended beyond the deadline.

Commenting on the shock news coming out of China this morning, of not just taxing but suspending US agricultural imports, container shipping analyst Lars Jansen carriers would face an increased burden of empty container repatriation.

He said: “While the majority of these exports move in bulk, substantial volumes are also containerised.”

This, he suggested, would create a further equipment imbalance for transpacific carriers and “likely result in an upwards pressure on freight rates for US importers”.

He added that when demand drops for US imports, transpacific carriers use the tried and tested strategy of blanking sailings.

“But this announcement from China will lower demand on the backhaul – and using blank sailings as a capacity-mitigation tool is not workable on the backhaul,” said Mr Larsen. “Given the round-trip nature of liner shipping, capacity has to be tailored to the headhaul irrespective of developments on the backhaul,” he explained.

Thus, with cargo for China cut significantly, carriers will have to budget for even higher costs for empty container repatriation and will be obliged to try to shift the cost to the headhaul tradelane in the form of higher freight rates.