News / Transatlantic trade has become the latest goldmine for carriers 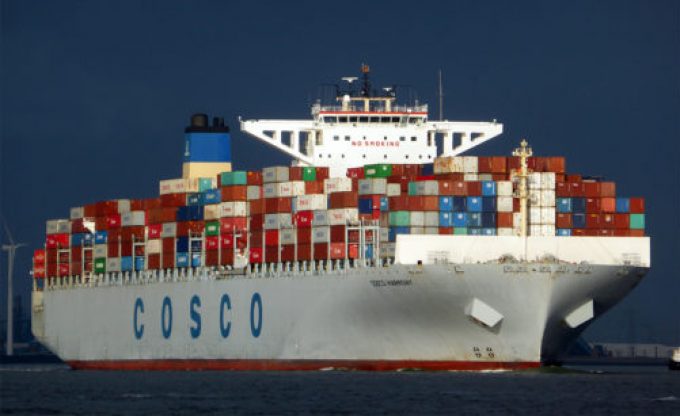 After the prolonged container spot rates decline the transatlantic trade has supplanted the transpacific trade as the most lucrative corridor for shipping lines.

According to new research from Alphaliner, the most recent Shanghai Containerised Freight Index (SCFI) reading from last Friday (9 September, the Shanghai-Los Angeles spot rate had declined to $3,500 per 40ft, down some 32% in the space of just a fortnight, and means that carriers are earning $0.60 per feu per nautical mile (nm), and less than half the $1.26 per nm recorded in July.

Similar – although less steep – spot rate declines on the Asia-US east coast and Asia-North Europe means carriers on these two trades are earning around $0.73 per nm.

In contrast, with a current average rate of $7,525 per 40ft on the westbound Rotterdam-New York trade, carriers are earning just under £2.18 per nm, and this discrepancy may already be leading carriers to redeploy larger ships to what has traditionally been the smallest east-west box trade.

“This might explain why Cosco is replacing the 8,063 OOCL Shekou in the Ocean Alliance’s TAT2 loop by the much larger 13,092 teu Cosco Harmony, although extra capacity is also needed on the North Europe-US east coast trade to cope with the effects of port congestion,” the analyst noted.

The introduction of the Cosco Harmony represents a step-change in capacity on the transatlantic, which has hitherto seen ships of 12,000-14,000 teu capacity only serve as extra loaders to tackle the congestion crisis.

The TAT2 service will also see a sixth vessel added to its rotation next month to “allow for the reinstatement of the currently omitted Savannah call”.

Meanwhile, Alphaliner also warned that the deterioration of trading conditions on the transpacific will likely hit independent carriers far harder than alliance members, due to their greater reliance on chartered vessels, as well as spot freight rates.

“While average revenue of 60 cents per nm is still more than double compared to pre-pandemic levels (28 cents in January 2020), the rapidly falling spot rates are a major concern for the newcomers on this trade, as well as the non-alliance carriers which have fixed very expensive tonnage on the charter market.

“These carriers are typically very dependent on the spot market.

“The main reason for the drop in spot freight rates is the weak cargo demand. The phenomenal rise in energy costs and high inflation will clearly further impact consumer spending,” Alphaliner said.