News / TPM 22: Bigger ships on the transpacific at heart of congestion problem 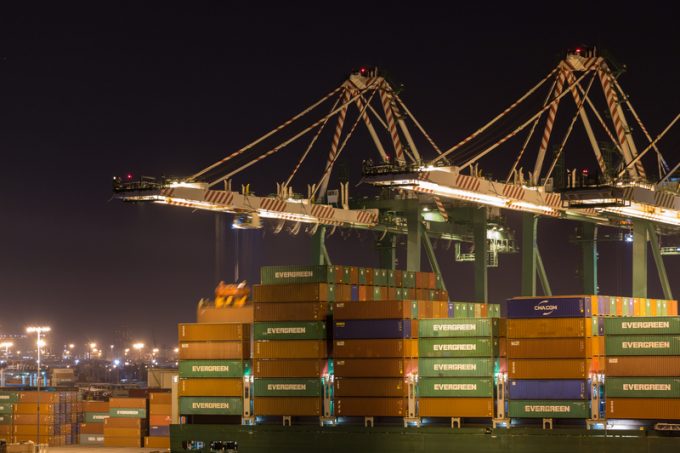 BCOs and shippers at the TPM22 conference in Long Beach are questioning why ocean carriers decided to deploy bigger ships on the transpacific  tradelane without consulting hub ports on their ability to handle them.

One BCO told The Loadstar she could trace the upgrade in ship sizes on the Asia-USWC route to the start of the landside pinch points at the San Pedro Bay terminals.

“When they jumped from 6,000 teu vessels to 10,000 teu and above, it was definitely the start of the problems, and I’m told the ports were often the last to know,” she claimed.

The number of ships held off Los Angeles and Long Beach has fallen to about 60 vessels in recent days, from highs of more than 100. However, new “waves” of demand, due to inventory rebuilding, from record low levels are expected to propel that number up again in the coming weeks.

While the average wait for a berth at the LA and LB terminals is about 20 days, some vessels have suffered waited up to two months before getting the green light to discharge cargo, resulting in Halloween costumes arriving at Christmas, and advent calendars being de-vanned from containers in February.

On the second day of TPM, John Porcari, port envoy to the White House supply chain disruptions task force, said that “every bit of the system needs work” including getting stakeholders to talk that “had never spoken before”.

“It’s the first time ports have had a seat at the table,” said Mr Porcari, emphasising that the counterparties should “not work in silos, but together”, including a willingness to share data.

He said 24/7 working at terminals “is a goal”, but there was some way to go on that aspiration, given the weakness of the third shift – the ‘hoot’ or night shift.

Currently, it is estimated that container hub terminals in North America work at productivity levels a third below equivalent box ports in Asia and Europe, due to the inability to offer sustainable 24-hour port working.

Moreover, the unique to the US system of a trucking company needing to secure a chassis from the marine terminal pool at the same time as picking up a box, was seen as a hinderance to a smooth intermodal operation even before the demand spike.

And the US-China ‘trade war’ that resulted in the Chinese newbuild chassis manufacturing source being cut in favour of domestic construction, was “not such a good idea” by the US lawmakers, according to industry veteran and CEO of chassis lessor Flex-Van, Ronald Widdows.

“Domestic chassis are coming but the production is not going to be quick enough,” he said.

Given his long executive career in the liner industry, Mr Widdows attributed some of the blame for the current congestion to the raft of new-entrant carriers encouraged into the market by highly elevated freight rates and abundance of shipper demand.

“A lot of the new guys that have entered the transpacific market charter a ship but have not negotiated terminal arrangements and don’t have chassis,” he said.

Notwithstanding quay and landside congestion plaguing the US west coast ports, the looming threat of protracted labour contract negotiations to replace the agreement that expires on 1 July is adding to the pressure on stressed BCOs.

“There is no secret that it’s an issue,” said Mr Porcari, alluding to the historical track record of US union and employer negotiations  going to the wire and beyond, causing at worst, disruption, and at best, uncertainty.

“I’m trying to play an honest broker role,” said Mr Porcari, suggesting that in that function he was actively involved in smoothing the normal rhetoric between the two sides.