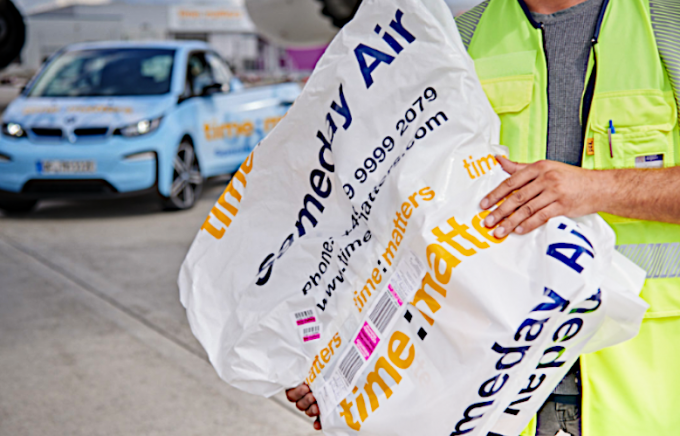 Neu-Isenburg, September 30, 2020: Growth in North America continues: time:matters Americas, Inc. has added eleven new airports to its US domestic Sameday Air network, thereby increasing the number of available stations to 100. These complement its existing portfolio and offer customers even more options and flexibility. At the same time, time:matters has increased the number of cooperation airlines: Alaska Airlines® is now a new partner. This link-up takes the number of weekly frequencies to 50,000.

Syracuse in the US state of New York, Greensboro in North Carolina and Laredo in Texas are just some of the eleven new stations being offered by time:matters for the domestic transport of time-critical shipments. These will mainly be served by leading national carriers, such as American Airlines® and United Airlines®. The increased number of airports means that customers will be able to shorten distances to the nearest airport and optimize their supply chains depending on where their production facilities are located. This will allow them to save valuable time that would otherwise be required for pick-up and delivery.

With its now 100 stations for the domestic transport of time-critical shipments, time:matters is offering a nationwide service with connections to all major economic centers in the US. Customers benefit from the usual short handling and transit times of 45 minutes and upwards for shipments weighing up to 90 kg/200lbs as well as higher loading priority compared with conventional express freight. And, of course, they always have the option of having their shipments picked up directly and delivered in person.

Shipments can be booked online. At the same time, customers with queries have access to an experienced US team that looks after all steps along the transport chain. The US domestic Sameday Air network and its expansion are of particular interest to companies operating in the automotive, aviation and aerospace, and machinery and component sectors.

“Following the launch of our US domestic Sameday Air network with initially 89 stations, we are continuously increasing the number of frequencies and stations,” stated Alexander Kohnen, CEO of time:matters. “I am delighted that we are already in a position to present to our customers such a large offering after just a short time. We are working constantly on expanding this. Further link-ups will follow.”