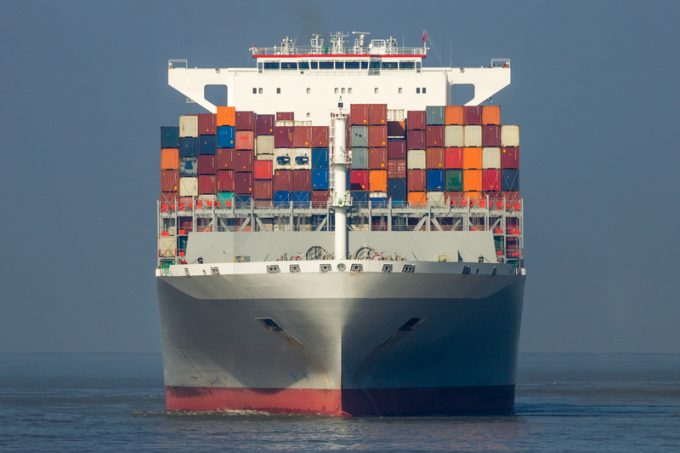 The “stratospheric” freight rates and shipping lines’ huge Q2 profits have been slammed by cargo owners, and a new report claims the carrier alliances are “suppressing” cargo.

According to a market review by MDS Transmodal and the Global Shippers Forum (GSF), container traffic grew 4% in Q2, up 22% year on year, returning close to pre-Covid levels of growth.

Carriers were “effectively full”, at 90% utilisation on most tradelanes, MDS said, noting capacity shares based on vessel-sharing agreements “in some key markets” exceeded 40%.

Mike Garratt, chairman of MDS Transmodal, said: “This high level of consolidation has the benefit of enabling lines to adjust capacity allocation in line with changing demand, but, combined with the resulting very high levels of utilisation, have allowed freight rates to remain at historically unprecedented levels and imply that some potential freight may be being suppressed.

Indeed, GSF director James Hookham said shippers faced a “meltdown” of the container shipping market – “rates in the stratosphere, slots up for auction and service performance in the trash”.

He added: “What none of the industry metrics show are the huge numbers of shipments not being moved – boxes left on the quay, stacked in the terminal or stockpiled in export warehouses awaiting a slot.”

The review adds that, amid carriers’ soaring profits, operating costs per container have “barely changed” over the past 18 months, with carriers “earning more than twice per container than at the start of the pandemic.”

However, while not specifically mentioning the MDS/GSF review, liner lobby group Shipping Australia claimed there had been a “massive surge” in the costs of operating a ship. It said: “Chartering costs have surged by up to 773% since late May 2020, and marine fuel costs have near tripled from US$155.50 a tonne in April 2020, to $435.50 a tonne.

“Do not be deceived by propaganda; the costs of operating a ship are high, and they are increasing.”

The lobby group said Covid had created a demand squeeze, where the supply of shipping capacity was adapting slowly compared to the massive increase in cargo.

At the same time, it noted, shipping lines had increased the supply of vessels, with previously-idled fleet put back to work and “non-specialist multipurpose ships, and even capesize bulkers, hired to carry containers”. And “ocean shipping has invested in massive orders for new ships and new containers”, it added.

The group also laid much of the blame for the industry’s problems on container ports, claiming the extra supply was being wasted by terminal congestion and poor port performance.

“A supply equivalent to the global fleet of the world’s biggest ships is being effectively squandered by vessels being forced to waste time in port congestion queues,” it said. “Shipping Australia urges shippers to direct their lobbying efforts to where it is truly needed – at port congestion and poor performance.”

Shipping Australia CEO Melwyn Noronha added: “Misleading statements from certain elements in the shipper community are painting a false picture of the shipping industry, which has been highly resilient and provided excellent value for money right throughout the pandemic, despite all the restrictions imposed by governments”.

Members of the International Plant Protection Convention (IPPC) are pushing for the industry to clean ...

Forwarders have said shipping lines looking to impose haulage surcharges for cancellations and amendments into ...