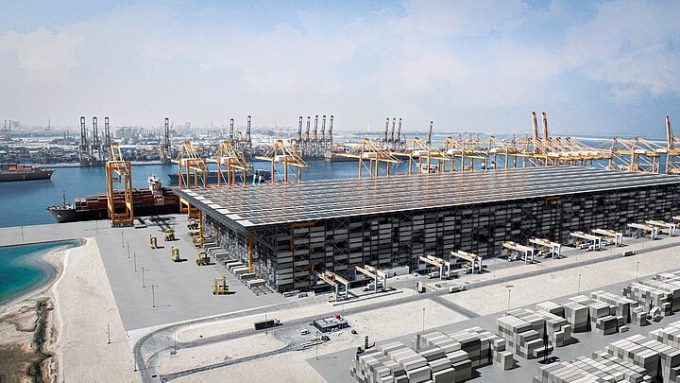 Just-in-time shipping and high-bay container storage could be the answer to the global port congestion crisis.

According to Emre Cebecioglu, smart ports business development manager at Wartsila, port congestion is one of the biggest issues facing the container shipping industry, labelling it an “efficiency killer”.

“The maritime industry is losing $85bn each year because port calls aren’t co-ordinated transparently or on time,” he said yesterday at the Seatrade Maritime Middle East conference.

“Vessel queuing wastes time and money, ports can’t provide services and, because they are afraid of becoming congested, they sometimes invest in a lot of infrastructure that is often not used.”

For example, using a 2019 study at the port of Rotterdam, Mr Cebecioglu noted that 33% of container vessels were idling on arrival for 12-120 hours – equal to 34% of their total time at sea.

Making the case for a just-in-time shipping model, he said: “Ships, agents, fleet management and terminals should be continuously exchanging updates on estimated time of arrival and departure. So, instead of idling, ships would slow down if they were warned two-to-four days in advance about port congestion.”

With more efficient port calls, Mr Cebecioglu said, all vessels in the Rotterdam study could save 21% in fuel and decrease waiting time by 25 hours on average.

A joint-venture between DP World and German cargo handling technology firms Amova and SMS, Boxbay was unveiled in 2019 to tackle capacity constraints at container ports faced with rapidly escalating ship sizes, but bound by limited space and infrastructure.

And, he said, port congestion and unexpected disruption had increased since the pandemic started, including bottlenecks caused by berth and yard inefficiencies.

Boxbay’s solution is a vertical container stacking system modelled on e-commerce warehouse automation. Instead of stacking containers on top of one another, each has its own compartment and can be accessed without moving other boxes out of the way.

“Boxbay is fast and provides densification of capacity and throughput,” said Mr Bruck. “It gives more storage and throughput per hectare, and 100% utilisation is possible compared with a maximum of 70%-80% in conventional yards.”

The Boxbay test site at Dubai’s Jebel Ali port has completed 80,000 container moves so far, the company said, which shows that “this technology is the answer to the growing volume of goods traffic in sea ports.”

Boxbay also boasts green credentials as a selling point, as it runs on electricity and requires less lighting to operate because it is fully automated.

Mr Bruck added: “Boxbay is an example, especially for future generations, that shows how economic efficiency and sustainability are not mutually exclusive, but rather complement one another perfectly.”