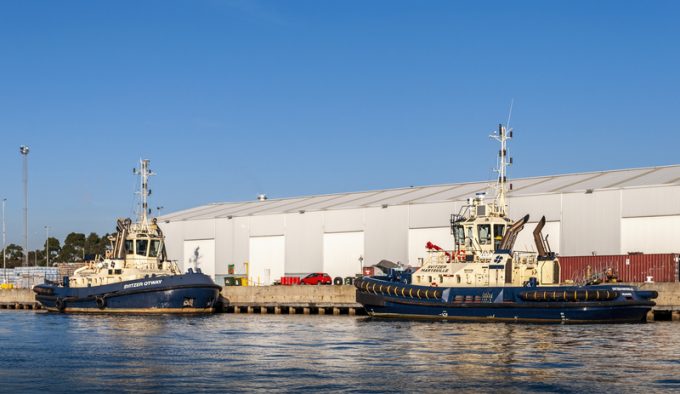 The Maritime Union of Australia (MUA) has launched a fresh round of industrial action, this time against Maersk-owned tugboat operator Svitzer.

In a notice to customers, Svitzer said it was “currently reviewing schedules and crewing requirements to minimise any potential disruption”.

It added: “This targeted protected industrial action will only cause further uncertainty and disruption to our colleagues, customers and stakeholders in the ports and state, at a critical time when we need to keep goods moving.”

MUA said it was taking action after two years of failed negotiations with Svitzer over a new enterprise agreement, claiming the company had “introduced 30 claims that would slash the rights, conditions, and job security of their Australian workforce”.

MUA deputy Victorian branch secretary David Ball, added: “Despite being part of a highly profitable multinational, Svitzer Australia has been using the Covid crisis to try and push through claims that would leave local workers much worse off.”

The stand-off is eerily similar to the MUA’s lengthy disputes with all four of Australia’s major container terminal operators. Patrick is now the only stevedore left without a new agreement, with MUA stoppages ongoing at Port Botany in Sydney, since June, creating “turmoil” for cargo owners.

Paul Zalai, director of lobby group the Freight & Trade Alliance, said the Svitzer strikes would have a “devastating economic impact” if expanded further.

“We are struggling now with huge demand for import and export goods, so any delays in berthing is just going to exacerbate the problems. Shipping lines may be left with no choice but to skip ports to keep international schedules.”

Indeed, there are apparently further stoppages planned at ports around the country, with the MUA refusing to enter into talks with Svitzer until the company drops its claims.

According to the Australian Financial Review, at the Melbourne rally on Friday MUA president Christy Cain said: “We’re going to be moving from port to port to port, from Melbourne to Sydney to Fremantle to Newcastle coal terminals to Adelaide to Port Kembla.”

“We’re not going to miss Maersk either…They will be missing their f***ing windows because they have put us to task. Every Maersk ship that comes into Australia will be getting 24 [hour bans],” he reportedly said.