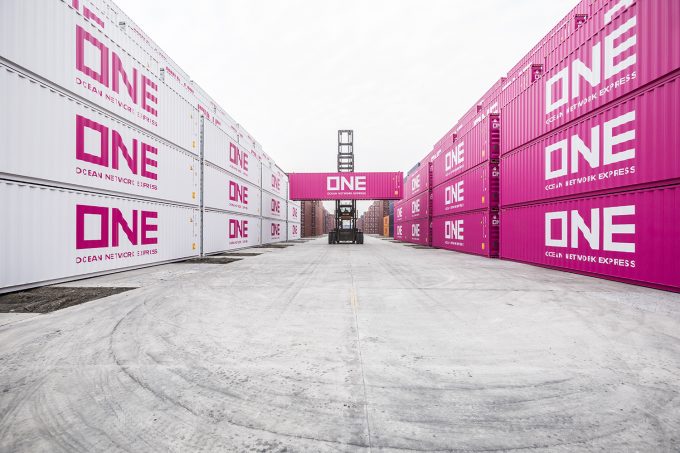 Japanese ocean carrier ONE says it expects profitability to contract by 60%, year on year, in the second half of its fiscal year, ending on 31 March 2023, as trading conditions on global liner trades worsen.

After a strong performance in July, ONE said it had experienced a “sudden decline” in demand in the following two months and said it would “take some time for cargo movements and short-term freight rates to recover”.

However, CEO Jeremy Nixon is optimistic that a “closer to equilibrium” supply/demand market will return to liner trades in the first quarter of next year, but he anticipates this will come at a cost to carriers in the form of lower volumes and freight rates.

During the quarter, headhaul Asia-Europe vessel utilisation levels fell to 95% from 100%, while load factors from Asia to the US slumped to 91%, said ONE.

And the carrier said: “Despite the deterioration in market conditions, freight rates remained higher throughout the second quarter than the same period last year, supporting profit figures.”

The company added that global cargo demand was declining, and the normal surge in cargo demand prior to the Chinese Golden Week holiday at the beginning of October “did not occur this year”.

Mr Nixon said: “Wider weaker confidence in consumer sales has led to a recent drop in booking demand across a number of key tradelanes. This has led to a sharp correction in spot market rates, due to overall demand dropping quicker than the market can adjust supply side capacity.”

ONE posted a$11bn net profit for its H1 period, but expects a more modest $4.3bn profit in its second half and a full-year result of $15.3bn.

MOL, a 30% equity holder in ONE with Japanese shipping compatriots K Line (30%) and NYK (40%), was equally pessimistic about the outlook for the container business.

“Profits in H2 will decline considerably from H1, as a downward trend in market conditions is likely to continue due to a decrease in cargo movements coming from the effects of rising inflation and the loosening of the supply/demand balance, owing to the easing of port congestion,” said MOL.

ONE is currently the seventh-biggest carrier by capacity, with a fleet of 202 ships for 1.5m teu, and an orderbook of 30 ships with a capacity of 420,000 teu.

Maersk will publish its H1 results on Wednesday, while Hapag-Lloyd will announce next week.