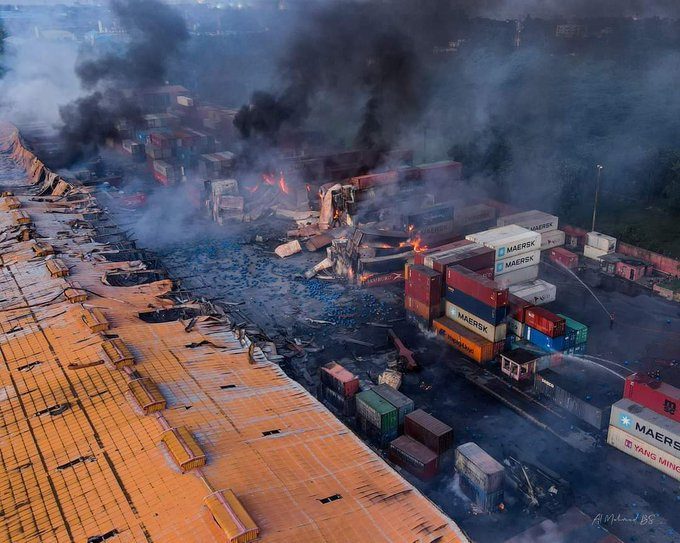 Bangladesh exporters breathed a sigh of relief after Port of Singapore Authority (PSA) ended its nine-week ban on hydrogen peroxide going through its terminals.

The ban was imposed in June, nine days after a deadly fire at a container depot in Chittagong, and brought Bangladesh’s $22m hydrogen peroxide export business to a halt. Singapore is Bangladesh’s main transhipment port for the chemical.

PSA lifted restrictions after the inventory level for hydrogen peroxide had been closely monitored and kept within safe levels.

When PSA imposed the ban, it pointed to “a significant spike” in the number of containers carrying hydrogen peroxide being discharged at Singapore’s terminals.

It said hydrogen peroxide, an explosive precursor, was controlled by the Singapore Police Force and there was a limit to the quantity permitted for licensed storage in PSA Terminals.

Mostafizur Rahman, chairman of Smart Group, which owns the BM Container Depot, the site of the explosion, said: “Withdrawal of the ban relieves exporters from an agony of over two months as their shipments suffered.”

He added that the ministry of commerce, Chittagong Port Authority and exporters themselves had written to PSA requesting the lifting of restrictions.

Nurul Qayyum Khan, president, Bangladesh Inland Container Depot Association, said: “Had the restriction continued, there was possibility that we could lose the export market for the chemical.

“Ten to 15 years ago, Bangladesh had been importing hydrogen peroxide from Pakistan and India. Now, many countries, including India, Pakistan, Cambodia and Vietnam, are our customers.”

Following the fire at the BM depot, shipping agents pushed exporters to pack hydrogen peroxide properly, in line with the IMDG code, to ensure safety. A director of the Bangladesh Shipping Agents Association said in the past, Bangladesh hydrogen peroxide had caused incidents in foreign ports, which had been highlighted in discussions after the incident at the BM Container Depot.

“We are ready to carry the chemical if the shippers pack safely, in line with the safety code practised globally,” he added.

The first phase of Singapore’s new mega-port has been completed, with two of the port’s ...