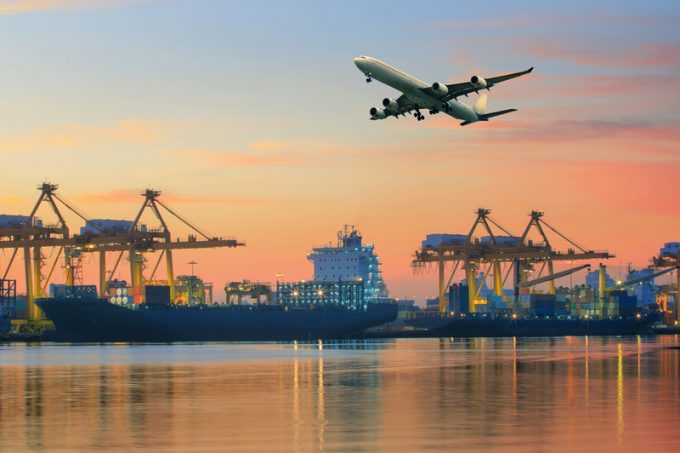 Ocean freight is shipped from Asian origins to this “secret” SGL hub in the Pacific, where it is loaded on regular passenger flights into multiple US destinations.

According to Greg Barnes, SGL’s senior tradelane manager for Asia, the service was “born out of necessity” during the height of last year’s port congestion and record high freight rates.

“Freight rates had hit $20,000 and you had congestion everywhere,” Mr Barnes told The Loadstar.

“We were exploring alternatives for our US based customers and this particular gateway came ‘out of left field’, because it hadn’t been used as a sea-air transhipment hub before.”

Around the same time, Mr Barnes added, SGL was aware some shippers were contacting cargo airlines directly about sea-air services through the Middle East, for example, with the carriers starting to compete head-on with some of the big forwarders.

“We knew if we took a tiny percentage of that business, we’d be doing fantastically well,” he explained, “and we started booking our first customers for the service at the end of March.”

However, Mr Barnes admitted, sea-air was “not a natural product” for US customers more accustomed to pure air or sea freight.

“I think sea-air in general is quite an undervalued product,” he explained. “It feels like rail freight 10 years ago – everybody had the obligatory rail slide in their presentation deck, but it never really gained much traction.

“However, now rail has become much more established and customers build it into their supply chain budgets.”

Transpacific sea-air services have traditionally utilised South Korea, Japan and a “a sprinkling” in Taiwan, Mr Barnes said, adding: “We knew our Pacific island gateway was unique because we had to work with government agencies and the security side of the business to make sure we had the right operational procedures in place to make it happen.”

There are direct sailings from Hong Kong, Kaohsiung, Yokohama and Busan, he said, with total transit times anywhere from 12-22 days, depending on the cargo’s loading point in Asia.

Mr Barnes added: “There’s not too many ocean liners going into this particular island, therefore space and schedule regularity has remained consistent.

“And because the vessels are much smaller, there’s a very short dwell time on the island, and generally the goods are sent to the airline with 24 hours of the vessel arriving.”

Indeed, he said the service works within its own supply chain “ecosystem”, as it avoids potential disruptions in Shanghai or the west coast “if it snarls up again”, which means SGL can offer freight rate “longevity”.

“Customers should expect savings with sea-air, it’s kind of a halfway house between the two in terms of cost,” he said, adding that many customers were also interested in the product due to the reduction in CO2 emissions.

Nevertheless, with ocean freight rates currently in freefall, Mr Barnes said there was definitely some uncertainty over the potential demand for sea-air cargo.

“Recession is looming and a lot of confidence has been taken out of the market. So there’s definitely a commercial aspect to this, I don’t deny that, but we still expect the product to remain relevant. For example, the rates we offered in March will not be the same we offer to a customer today on the spot market.

“But if a customer wants to secure their supply chain for the next six months, on a very specific product range, this is the perfect product,” he claimed.