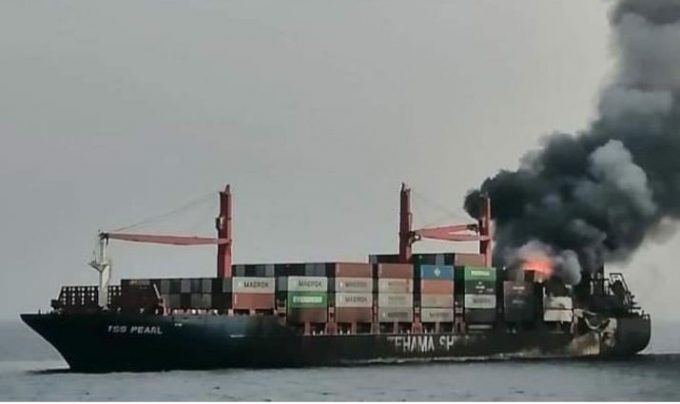 Singapore based Sea Consortium, parent of X-Press Feeders, has filed a $29.4m lawsuit in the US against former partner Tehama Shipping for the loss of cargo from the TSS Pearl, which sank in the Red Sea on 8 October.

Although Tehama operates vessels in the Middle East, Sea Consortium has filed the suit quasi in rem, meaning the company being sued is not in the jurisdiction where the case is being heard.

Speculation from a senior insurance source suggested X-Press Feeders’ 490 containers may not have been insured, which could account for the bid to recoup nearly $30m in losses.

“Less than 50% of cargo carried on containerships is insured,” the source told The Loadstar.

Up to publication, X-Press Feeders had not responded to questions on the issue.

Meanwhile, the Singapore company has named 14 ‘garnishees’ – in legal terms, a third party that the court instructs to settle a claim or debt. Effectively, the garnishee would owe money to the defendant, Tehama, which would be held by the court until a judgement has been reached.

The claim comes under admiralty law’s Rule B which allows for a debtor’s vessel, sister vessel or any other assets found in the jurisdiction, even in the hands of a third party, to be detained or held in lieu of payment for the debt.

Sea Consortium is claiming tat fees owed by the garnishees to Tehama should be held by the court while the case is heard, following the Dubai based carrier’s failure to admit liability or cover the costs of cargo lost when the TSS Pearl sank.

Sea Consortium calculates that claims for $29.4m have been, or will be, made by cargo owners whose freight was lost – according to the court docket, X-Press Feeders has already received claims from its customers for losses.

The amount of each loss is derived from an average $60,000 per container for the 490 containers with X-Press Feeders bills of lading.

When TSS Pearl sank, Tehama was the vessel operator and Sea Consortium said it breached its contract as the operator by not safely delivering cargo to Yemen, leaving the Singapore company open to claims from its shipper clients.

Lawyers filed the claim with the court on 16 November and no date has yet been set for the hearing.

The TSS Pearl, a small containership that suffered a major cargo fire just forward of the ...

Containership charter rates and second-hand values are heading for a correction according to a broker ...